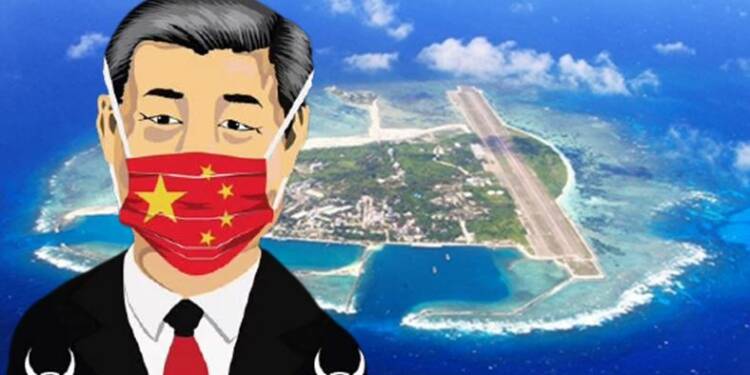 Imagine a city in the middle of the South China Sea that is spread over an area, which is roughly 1,700 times the size of New York City. Well, this is not a work of imagination. This is Sansha city, founded in 2012 by the People’s Republic of China. A new report released by the US Naval War College has disclosed some mind-blowing details about Sansha city.

Sansha City is effectively controlled by the People’s Liberation Army Navy (PLAN) and China’s semi-militarized coast guard. However, China has also developed extensive civilian settlements in the huge city, so as to govern the contested area as if it were Chinese territory. Beijing has effectively created a civilian human shield in the contested South China Sea.

Why Sansha City could lead to a major war:

So, if China continues to occupy Sansha City and develops it into a de facto Chinese city, similar to the ones located in mainland China, then it would be too big a provocation for the rest of the South China Sea claimants.

Once countries like Vietnam and the Philippines decide that they should do something about illegal Chinese occupation, it is likely that Sansha city will be at the centre of a major confrontation or stand-off. The stakes are simply too high now, because Beijing has really crossed the threshold, beyond which other South China Sea claimants can tolerate CCP’s (Chinese Communist Party) aggression.

And once US allies like the Philippines, Taiwan and Vietnam get engaged in a military conflict with the Chinese, you might simply have American, Japanese and Australian submarines prowling underwater to contain the Chinese hegemony. Simply put, the development of Sansha city is the biggest provocation in the fragile South China Sea region, and if a war gets ignited in the region, Sansha city could be the trigger that ignites it.

How China has developed Sansha city into a civilian settlement:

Sansha city is located right in the middle of the hotly contested areas of the South China Sea. Naturally, you would expect it to be heavily militarised. The PLA Navy and Chinese coast guard, of course, have extensive presence in the huge city. However, it is the civilian settlement that should leave one flummoxed.

Take the Woody Island, one of the Paracels, for example. It once used to be a remote outpost, but today it hosts the City Hall of Sansha City. The US Naval War College report states,  “Once a remote outpost, Woody Island has become a bustling hub of activity.” It added, “The island now boasts expanded port infrastructure, seawater desalination and sewage treatment facilities, new public housing, a functioning judicial system, 5G network coverage, a school, and regular charter flights to and from the mainland.”

The report further states that Sansha city is “developing tourism in the Paracel Islands, attracting hundreds of newly registered companies, cultivating aquaculture, and encouraging long-term residency.” China has constructed even jails and a courthouse, where two people were put to trial and sentenced for trading in endangered wildlife in the Spratly Islands.

China has gone a step further to describe Sansha city a prefecture-level city, which in mainland China includes a central city, surrounding cities, towns, villages, and rural areas. Haver, who is a fellow at the Center for Advanced China Research, said that “normalized administrative control” exercised by Sansha city is the strongest in the Paracels, but “elements of this system also exist in the Spratly Islands and show signs of expanding.”

The US Navy War College report explains Beijing’s motives behind developing Sansha city as a usual municipal city. It states, “The expansion of the city’s party-state institutions allows municipal authorities to directly govern contested areas of the South China Sea and ensures the primacy of CCP interests in local decision-making.”

Also read: Is the big fight about to begin? Japanese, Taiwanese and American submarines prowl in South China Sea

Beijing occupies a number of territories without any legal basis. So, no one would be surprised by the fact that China occupies an area called Sansha city. However, the main issue is that Chinese control in the region is extending beyond PLA occupation and is gradually being transformed into de facto Chinese occupation. This should send warning bells ringing for other South China Sea claimants as well the QUAD nations, who desire to contain Chinese belligerence.

China is quickly strengthening the level of its occupation in the South China Sea, and its rivals must act quickly or else the communist nation will keep intensifying the civilian control over Sansha city.