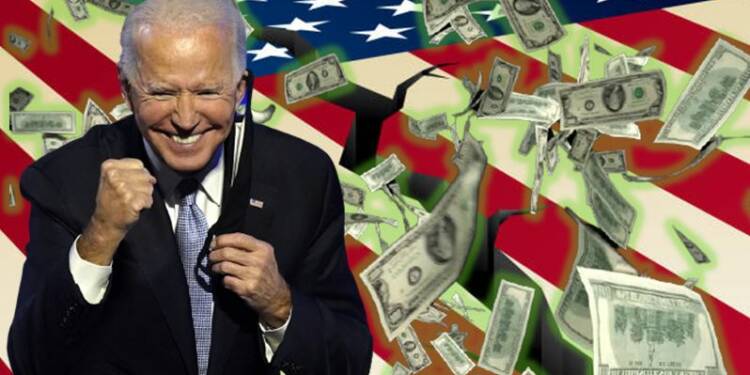 We all know Joe Biden is a duplicitous, scheming and pathetic liar, don’t we? We know it for a fact, and we don’t even live in the United States. Our readers from the USA are living the nightmare, so to say. You know it best, folks. Hats off to you for putting up with your President. We know for a fact that we would not be able to tolerate the man. How do you accept the rule of a man who during his campaign promised to end institutionalised corruption, but who is now, as President, facilitating the worst form of corruption himself?

US President Joe Biden is tapping wealthy campaign donors, including many with no prior diplomatic experience, as US ambassadors. According to Foreign Policy, in recent months, Biden has named deep-pocketed donors, wealthy billionaire supporters, and election campaign funding “bundlers” for ambassador posts to countries such as Greece, Kenya, Argentina, Belgium, Slovenia, Malta, and Canada.

How Joe Biden is selling ambassadorships:

Considering the radical left-turn which the Democratic party has taken, you would think that the Biden administration will desist from associating with the rich, right? Well, we have news for you. Those who contributed to Biden’s presidential campaign with fat cheques are now getting appointed as ambassadors of the United States to countries around the world. This, despite the Biden administration promising to restore the historic balance of appointing career diplomats to roughly 70% of ambassador posts, with 30% going to political appointees.

Interestingly, Democrats had mounted an aggressive attack against Donald Trump for allegedly appointing his loyalists as ambassadors around the world. Under Biden, though, things have taken a turn for the worse, as institutionalised corruption gets normalised.

Also read: Trump storms back to US foreign policy by deploying his own envoy to address Kosovo-Serbia ties

Constance Milstein is Biden’s pick for ambassador to Malta. Milstein, who is a New York real estate titan, gave $725,000 to the fundraising committee that ended up sponsoring Joe Biden’s presidential campaign. Margaret Whitman is the former CEO of Hewlett Packard and eBay. Guess how much she donated to Biden’s campaign? $500,000. She has now been rewarded as the US ambassador to Kenya.

There’s another name on the list. Have you heard of George Tsunis? Yes, the same Tsunis who donated to the Obama campaign back in the day, and was picked by the former President as ambassador to Norway. But this proved to be an embarrassment for the Obama administration like no other. US lawmakers held a hearing to assess him and Tsunis was exposed. He had never been to Norway. Norway has a King and a Prime Minister. But Tsunis told US lawmakers that the country had a President which was in-charge of all affairs. Tsunis had to withdraw his nomination and the position of Norway’s ambassador remained vacant for almost two years.

Today, George Tsunis, who is an American hotel magnate, has been appointed as ambassador to Greece by Joe Biden. He gave over $500,000 to Biden’s campaign.

How Biden is turning American foreign policy into a cruel joke:

Joe Biden is appointing ambassadors who have no experience in diplomacy and foreign affairs. As such, he is entrusting US foreign policy in the hands of a few novices who have no clue what they are supposed to do and how they are to further the USA’s interests. Don’t you think this is the perfect recipe for a disaster?

Joe Biden is appointing people with no understanding of international affairs. These individuals will mismanage American embassies, further their own business interests in the country they are being sent to, will undercut bilateral ties owing to their ineptitude – all while making a grand fool of themselves. And Joe Biden is to be blamed for all that goes wrong for America around the world here on.

Also read: Pro-China, Pro-Big Tech— USA’s new ambassador to India is everything an ambassador should not be

In fact, with Biden failing to play the leadership role, the US Ambassadors in key Indo-Pacific States have gone missing. The Biden administration is simply not able to get most of its diplomatic nominations including Ambassador appointments cleared unanimously. The slow and cumbersome procedure has thus left many Indo-Pacific states without a US Ambassador. The Indo-Pacific is the most important part of the world today.

However, the US presently doesn’t have a functioning Ambassador in any of the other QUAD nations – India, Japan or Australia. At the same time, the US doesn’t have a serving Ambassador in Southeast Asian nations of the Philippines, Vietnam, Brunei and Thailand, despite their importance in the democratic world’s campaign against China. There is no American ambassador in South Korea either. Perhaps, Biden is still selling ambassadorships for these countries, which is why the process is getting delayed.

Americans must realise that Joe Biden is a threat to their country. There is no greater national security threat to the United States than Joe Biden as its President.