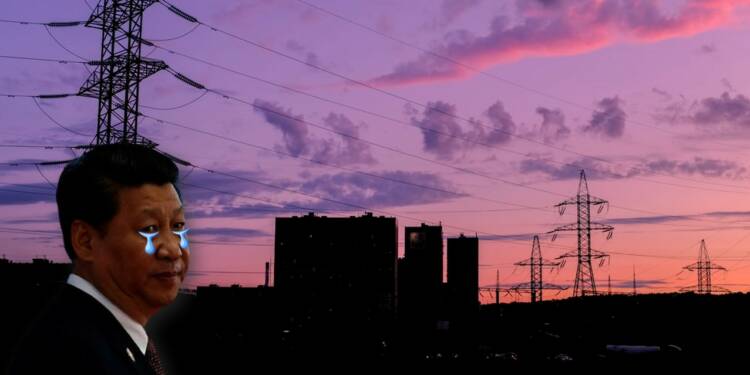 While the world is ready to welcome 2022, China is just not. The Chinese Commerce Ministry has warned that the Communist country faces “unprecedented” difficulty. They are already admitting that they will face unprecedented difficulties in stabilising trade next year.

Chinese Commerce Ministry giving up on 2022

And the declaration of giving up on China’s exports economy has come right from the top. Ren Hongbin, Vice Minister of the Commerce Ministry, said that exports gain will slow down as competing countries recover their production capacities.

Earlier this week, Commerce Minister Wang Wentao said that it will be hard for China to keep its trade growth intact.

In 2021, Chinese trade actually went up. But it isn’t as if China is producing more or performing brilliantly. China is facing a number of problems. There was high consumer demand as the world recovered from the Pandemic. And then there was inflation that meant products became expensive. These factors are easing now, and so 2022 won’t bail out China.

A perfect storm is gathering in China

Well, there are many reasons why Chinese trade and economy is dipping.

Irrespective of what the numbers say, 2021 is not a great year for Chinese exporters. The Chinese manufacturing industry is already in tatters. China’s official purchasing managers’ index (PMI) went down to 49.6 in September indicating contraction. It later recovered marginally to 50.1 in November and 50.3 in December.

Factory-gate inflation in China is still very high. In October, it soared to a 26-year high of 13.5%.

The CCP started blocking Australian coal in November 2020. Lights kept going off in parts of China well into 2021 because there was no coal to produce electricity. And lack of power meant industrial shutdowns. Lack of coal and lack of power meant that raw materials became costlier for many industries.

Even in November, the factory-gate inflation cooled only slightly to 12.9%. Stagflation fears loom large and any further increase in prices would mean that industries will start halting production.

Meanwhile, big markets like India and the European Union are cutting dependence on China. Both of them have imposed anti-dumping duties and tariffs on different Chinese products in order to exclude China from global supply chains.

And there is no certainty if Chinese exporters will be actually able to continue exporting. Chinese ports are actually in bad shape. They keep getting jammed. Some of China’s biggest ports are getting clogged again and again.

Take the case of Yantian International Container Terminal, the world’s fourth-largest container port. The port is located in Shenzhen that serves as China’s tech capital, being home to companies like Tencent, BYD and DJI. The port closed in June due to a COVID-19 outbreak.

Again, in October, the port suspended pick up and drop off of containers. This time authorities blamed the closure on a tropical cyclone. In September, Shanghai’s container port, the busiest in the world, too shut down due to a typhoon. In August, the Ningbo-Zhoushan port was closed for two months due to a Coronavirus outbreak.

China says that it has a zero-COVID policy, but Coronavirus outbreaks keep hitting China and it keeps closing its ports. But who suffers? The Chinese exporters. And now the Chinese government is saying that we are giving up on 2022, so you have to fend for yourself.

Meanwhile, Coronavirus keeps getting worse in China. The Xi’an outbreak has gone out of hands, despite China locking down 13 million people. Xi’an is the capital of China’s Shaanxi province and now the entire province is witnessing a surge in COVID cases. Incidentally, Shaanxi is China’s top coal producer.

So, the COVID-19 surge in Shaanxi could mean more lockdowns, more jammed ports and well less electricity. China is thus bracing for another phase of industry and port shutdowns, hitting both manufacturers and consumers.