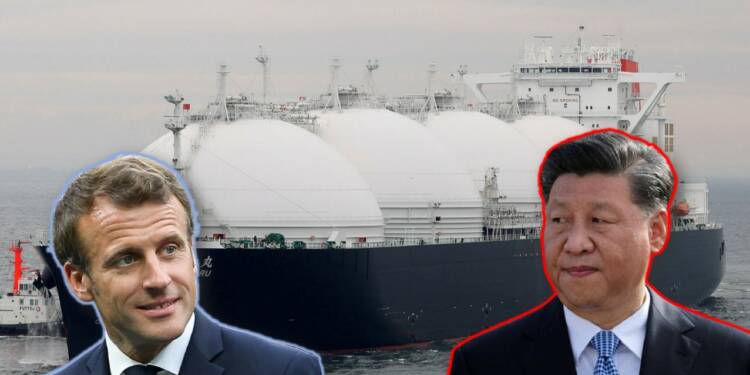 Europe is dangerously short on natural gas. The surge in prices has driven up inflation across the European Union. The EU has so far blamed Russia for orchestrating this gas crisis in Europe. Although gas supplies have seemingly begun to stabilise, prices are still up. And this is an anti-China strategy at play right here. Prices should be normalising. However, the European Union has devised a unique plan to exacerbate China’s energy and power crisis. It involves hijacking gas shipments enroute to China and diverting them to European nations.

Here’s what the EU is doing. It is luring gas shipments on their way to China. Why are sellers, whose shipments are about to reach China’s ports, ordering their ships to turn back and deliver gas to Europe instead? Because they will avail a rare price premium by selling gas to Europe. Such is the magnitude of this premium that many sellers are even paying canal charges of almost $400,000 for a second time!

According to Bloomberg, natural gas cargoes are being diverted away from China to Europe, as traders spend hundreds of thousands of dollars to take advantage of a rare price premium before it disappears. Thirteen liquefied natural gas carriers shipping supply mainly from the U.S. and West Africa are re-routing to Europe instead of Asia, according to shipping data from Kpler and Bloomberg. That’s up from about eight ships spotted a week earlier.

The energy crunch in Europe has shot gas prices up, and most sellers want to milk profits out of this tremendous price rise while it lasts. Cargoes are turning away from China as factory activity has dropped before the Lunar New Year holidays and pollution curbs take effect ahead of the Winter Olympics. Essentially, owing to China’s overall economic duress, energy demand is plummeting. Despite the fact that the Winters are still aggravating, China does not seem to be in a mood to spend money on energy supplies – leading to a price drop in Asia.

Eventually, diversion of China-bound energy shipments will lead to a shortfall in China, at which point prices of gas in the Communist nation will skyrocket while its stock of natural gas will keep depleting. This seems to be Europe’s strategy to inflict pain on China – hijack and choke.

The European Union has pledged to become carbon neutral by 2050. But the road to accomplish this arduous task goes through the EU’s energy policy. Fortunately for it, France has assumed the presidency of the European Union after 13 long years. For the next six months, France will shape the EU’s energy, foreign and carbon emission policy from a commandeering position. In his New Year greetings, Macron had said, “2022 will be a turning point for Europe.”

France views nuclear power as a source of clean energy. France’s energy policy is realistic. It doesn’t mandate its European allies to do away with the so-called non-green energy sources altogether. It takes into account the concerns of poorer EU nations who still rely on gas-powered electricity generators.

The French policymakers are facing resistance from the Germans on this issue; however, the latest draft proposal on the Union’s energy policy predominately addresses France’s concerns, which generates 70% of its electricity through nuclear power sources.

Moving forward, with France deciding EU’s energy policy, China is set to suffer some big and painful losses. The European Union has come a long way – from playing second fiddle to Beijing to now hijacking gas supplies enroute to China.