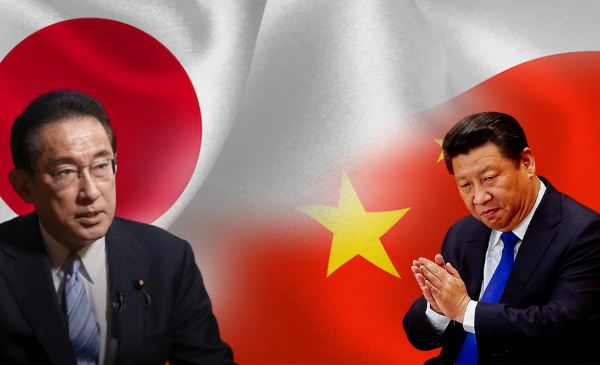 A former PLA instructor has now issued a scathing warning to Chinese President Xi Jinping. Zhang Tuosheng, director of the Institute of International and Strategic Studies at Peking University, recently wrote that mending ties with Japan should be a top foreign policy priority for the Chinese regime.

Zhang also expressed his concerns over China’s worsening ties with the US. Zhang said that if a military confrontation occurs between the US and China, the biggest loss to China would come in the form of its damaged relationship with Japan.

The former military instructor of the PLA also mentioned that “China and Japan should also consider jointly promoting the China-Japan-US trilateral security dialogue at an appropriate time to address misunderstandings and misjudgments.” He also warned Xi Jinping against pursuing aggressive military policies by suggesting that “war must no longer be seen as a way to settle disputes.”

Why is PLA unfit for fighting a war?

The PLA is facing such an acute resource crunch that it is now replacing its soldiers with robots on the Indo-Tibet border. It’s really too much for an inexperienced PLA to cope with red hot tensions at three fronts simultaneously; namely India, Taiwan and Japan.

Japan prepares for a war

On the flip side, Japan is preparing for slaughtering Chinese soldiers for quite a long time now. Japan recently approved a record 5.4 trillion yen (US$47 billion) defence budget that includes funding for research and development into a new fighter jet and other “game-changing” weapons. What are those game-changing weapons?

Well, an Asia Times report recently revealed that Japan is developing hypersonic technology to render the Chinese defence missile system completely useless and ineffective. Meanwhile, by developing close ties with Australia and India, Japan is also trying to do away with its overreliance on the US.

And this was not enough! Japan is also considering deploying railguns to counter the hypersonic missile threat from Beijing. Japan has already shown its intentions to do away with its pacifist constitution.

Of all, the most worrying development for Xi Jinping is that Japan is militarizing its islands close to the Chinese mainland. This is being done to prevent China from laying siege on Taiwan or Japan’s Senkaku islands.

Japan militarizing its islands near China

The Japan Air Self-Defense Force (JASDF) is considering expanding its presence in the Nansei Shoto region, which includes the Senkaku Islands of Ishigaki City and Okinawa Prefecture. Under the proposed plan, fighter jets will be deployed across the islands in the region, which will use commercial airports for undertaking military operations in the face of a war with China.

Currently, Naha Airport is the only airport in Okinawa that is used by JASDF fighter jets. However, China may seek to destroy the airport to hamper Japan’s aircraft operations in an event of war. So, Japan is also looking to build more airport bases in Okinawa so that it is best prepared to stop China short of running over its territories.

Hence, the PLA realizes that any attack against Taiwan or Japan would end up creating existential threats for the Chinese regime. The PLA now wants Xi Jinping to wake up to reality and not to overestimate the PLA’s capabilities. The only way the PLA can survive in this time of crisis is by avoiding wars and conflicts against big powers like Japan and India.

2022 was supposed to be a huge year for China’s SCO. Putin turned it into a huge nightmare