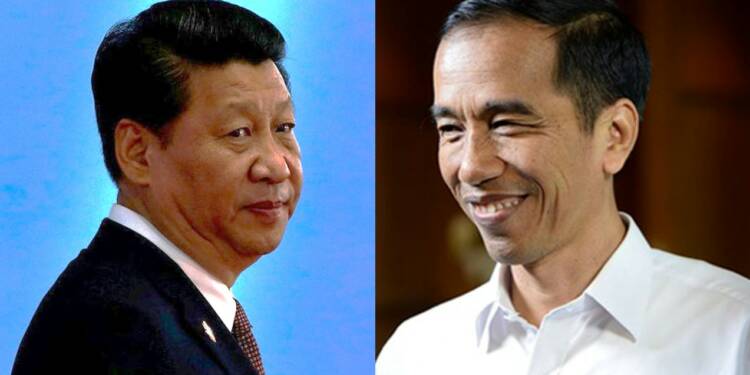 Indonesia’s secret pledge of 2022 is now out in open! The secret pledge is to hit China where it hurts the most! Yes, after blocking coal exports to China, Indonesia is coming up with another big jolt for the communist nation- a ban on all nickel exports! And that’s sure to plunge China’s steel and EV sector further down.

Bloomberg reported on Thursday that Indonesia is studying a progressive levy on exports of nickel pig iron and ferronickel. The ban could be imposed as soon as early this year. You see, Indonesia is the world’s largest nickel supplier. The impending ban on nickel exports would tighten already stressed supply chains for Chinese steel mills. That’s because ferronickel is a semi-refined product that is used to make stainless steel.

How the move will hurt the Chinese economy

Indonesia’s curb on nickel exports would hurt China the most since the country gets about 84% of its ferronickel imports from Indonesia. Analysts are now saying this ban will also hurt China’s EV sector tremendously. Higher nickel prices will pile extra pressure on EV manufacturers, which would make the Chinese EV sector less competitive in global markets.

Last September, the government of Indonesia had signalled a complete halt on bauxite and copper ore shipments. That shows the world’s largest nickel supplier is now striving to develop itself as a major EV manufacturing hub. President Joko Widodo administration is now restricting the outflow of major raw commodities to help the domestic EV industry flourish at the expense of their Chinese counterparts.

This is a catastrophe for Chinese EV makers as heavy State subsidies have propelled China into the world’s largest EV market that makes up roughly 50 percent of global sales. So, Indonesia is now eying to exploit this golden opportunity to its own advantage.

Read More: How the RCEP may kill China’s EV industry in stillbirth

After all, Indonesia has all the means to materialize its EV ambitions. It sits upon huge nickel, bauxite and copper ore reserves. It has already developed a US$17 billion roadmap for this specific sector.

This roadmap aims to reach an adoption of 2.1 million electric motorcycles and 400,000 electric cars – of which 20% are locally manufactured by 2025. In October last year, it was also reported that Foxconn and Indonesia are in talks to boost EV infrastructural investments in the country. Indonesia is hoping that Foxconn will manufacture electric vehicles and batteries there.

And not just that, South Korea’s Hyundai Motor Group and LG Energy Solution in September had already started construction on a $1.1 billion EV battery plant in Indonesia, which is slated to begin production in 2024.

So, Indonesia is serious about developing its EV sector, and it is showing no qualms in destroying China’s EV sector to realize its dreams. Earlier this month, Indonesia had also spurred shockwaves in China after it announced a complete ban on coal exports. Without Indonesian coal supplies, China will once again be gripped by an unforgiving shortage of fossil fuel. Even if Indonesia resumes exports by February, the cascading effect of coal shortfall for China will disrupt normal life in the communist nation for a long time.

Widodo is moving ahead with his “Indonesia first” policy that is now vehemently harming China’s interests. China is no longer an attractive investment destination, it is already crippling under a massive surge of covid infections. So, Indonesia’s decision to curb nickel and other raw commodity exports to China is a well-informed and well-timed decision. Indonesia must grow, even if that means an excruciating death for China’s EV and steel sector.