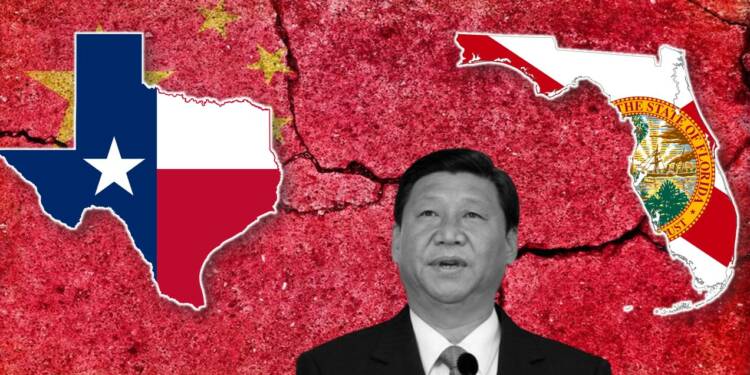 There are leaders like Joe Biden who are elected to power, but fail to take on the country’s main enemy. And then, there are leaders like Donald Trump who lose power due to a long, vindictive campaign by the Deep State but still remain loyal to their true cause- protecting their country and its superpower status.

In fact, Republicans may have lost the Oval Office last year, but they haven’t lost the will to punish China. Red states are now all set to end China’s dominance in rare earth elements and steal the strategic advantage that Beijing currently enjoys.

What are rare earth elements?

Before we proceed further, you ought to know what rare earth elements (REE) are and why they are important.

They are used in the manufacture of semiconductors, batteries, and defence systems. Production of fighter jets, hypersonic missiles, electric cars, satellites, smartphones, lasers and radiation-hardened electronics- everything is dependent on this group of 17 elements.

Why the US needs an indigenous REE industry?

Because Chinese domination hurts the United States of America. China holds an effective edge on rare earth metal production. It accounts for 70 per cent of the global production. China’s State media and officials have regularly wielded threats to cut the United States off the rare earth supply. CCP mouthpiece Global Times went to the extent of saying that the minerals that the US relies upon are “an ace in Beijing’s hand”.

Presently, there is just one US-based mine and processing centre for rare earths- the Mountain Pass mine located in California.  Time is running out quickly for the US and it must bolster its rare earth minerals industry as soon as possible.

Trump understood that Chinese domination in the rare earths sector isn’t acceptable. In October 2020, the then US President even signed an order declaring a national emergency in the American mining industry. The executive order was aimed at boosting domestic production of rare earth metals critical for military technologies while cutting dependence on the paper dragon.

But Biden administration has failed to continue the momentum given by the Trump administration. Like many other American industries, even the rare earths sector faces a huge obstacle- Biden’s radical green agenda.

Drew Horn, who specialised in rare earth minerals under Trump, said that when it comes to applying for funding from the Biden administration “if there’s not an environmental element it’s a non-starter”.

Red states to fill the void

With the Biden administration literally giving a cold shoulder to rare earth elements, red states have stepped up to fill the void. Texas and Florida are the ones looking to end Chinese domination in the strategic sector.

Texas is already the largest producer of oil in the US. And is now planning to take a lead in minerals that will drive future energy consumption and production of clean energy. US Rare Earth, with its joint venture partner Texas Mineral Corporation, disclosed that its West Texas mining projects contains about half of the minerals listed by the US Geological Survey (USGS) on its draft list of critical minerals.

The USGS has listed 50 critical commodities deemed “vital to the Nation’s economic and national security interests.” The list includes 16 of the 17 rare earths.

Meanwhile, the US Department of Energy has awarded Florida Polytehnic University a $150,000 grant. The funding is supposed to help researchers find a rare earth elements source inside America’s borders. Since Florida is a leading state in the phosphate mining sector, it has a natural advantage in rare earth elements discovery as the process involves phosphate processing.

Dr Jim Mennie, Florida Polytechnic University’s Florida Industrial and Phosphate Research Institute (FIPR) business director said, “We are excited the federal government is continuing to support FIPR’s rare earth element research and we look forward to proving our research in phase one with the hope of securing a more significant award in phase two.”

Dr Patrick Zhang, a senior official at FIPR said, “If we are successful, we could satisfy the U.S. demand for many of the elements, particularly yttrium – we could maybe supply the entire world for yttrium.”

So, Florida and Texas are doing everything under their control to bolster the American rare earths exploration industry. Trump is no longer in power, and the sitting US President seems hardly interested in annihilating the Chinese rare earths domination, but the red states are gearing up to make the United States of America independent in the strategic sector.