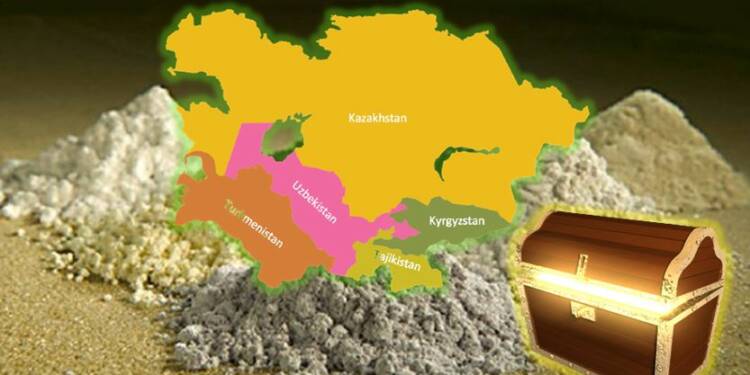 Central Asia today looks like a region that holds only historical and academic importance, apart from serving as one big supplier of fossil fuels. People feel that it’s a landlocked region without much geopolitical influence. Yet, what if we told you that Central Asia is the region that will decide our future? Yes, Central Asia has most of the resources that will enable use of clean technology and save the planet.

In the 19th century, Central Asia was at the centre of the ‘Great Game’ that existed between the Russian Empire and the British Empire.

Britain, which had colonised India at the time, used to believe that Russia wanted to invade India by expanding its empire up to Central Asia and Afghanistan, whereas Russia feared that British interests would expand into Central Russia. This led to fears of war and this concept was called the “Great Game”.

Ultimately, Russia took over Central Asia and contrary to Britain’s apprehensions, Moscow became one of independent India’s closest allies. The Soviet Union remained intrigued with Afghanistan in the twentieth century and the world came to view Central Asia as a region abutting the troubled country of Afghanistan.

After the Soviet collapsed in the 1990s, Central Asia once again came in limelight for its perceived proximity to the United States. After the 9/11 terror attacks, the US sought to expand its presence in Central Asia as a part of its “war on terror” and operations against al-Qaeda in Afghanistan.

Importance of Central Asia as a strategically located region was thus realised. Again, when US troops withdrew from Afghanistan earlier this year, India and Russia engaged with the regional leadership all over again to ramp up their influence in Afghanistan.

Central Asia is the future of the world:

But there is more to Central Asia than just oil and proximity to Afghanistan. The region has an abundance of resources that will ensure a sustainable future for a world battling climate change.

Also read: How Putin wrested back Central Asia from the US and turned it into Russia’s backyard

The report also stated that the region hosts “known REE-RM-bearing mineral occurrences and is thought to have considerable undiscovered resources.” It further disclosed, “The USGS has compiled an inventory of 384 occurrences in Kazakhstan (160 sites), Kyrgyzstan (75 sites), Tajikistan (60 sites), Uzbekistan (87 sites), and Turkmenistan (2 sites), which range from mineral showings to previously developed deposits.”

The rare earth elements (REE), a suit of 17 elements, are strategic assets. Rare earth elements like Neodymium, which is used in magnets, and Lanthanum, Scandium, Europium all have unparalleled significance in the tech, IT and defence sectors. They are used in the manufacture of semiconductors, batteries and defence systems. Production of fighter jets, hypersonic missiles, electric cars, satellites, smartphones, lasers and radiation-hardened electronics: everything is dependent on this group of 17 elements.

In fact, REE are used extensively in clean technologies and renewable energy sources like wind turbine magnets, solar cells, and cells used in electric vehicles. Contrary to their name, they are found abundantly in earth’s crust but are widely dispersed and deposited in low concentrations, which makes their mining economically unviable.

Presently, China dominates the crucial sector and accounts for around 70% of the world’s rare earths production. But effective exploitation of REE in Central Asia can change things pretty quickly.

Also read: China has smelled the rare earth treasure that Japanese controlled Ogasawara is, but Japan has deployed its coast guards to protect it

Kazakhstan, the largest country in the region, is extensively endowed with such clean energy-friendly resources, and has high geopolitical potential for the discovery of many critical materials used in clean energy technologies.

Uzbekistan is the second-most endowed country in the region, while Tajikistan and Kyrgyzstan too have high potential for selected critical materials.

Also read: Putin is inviting the world to tap Russia’s rare earth reserves and destroy China’s dominance in the sector

The developed and fast-developing nations across the world have set aggressive carbon neutrality targets in order to avoid any more damage to the climate. This will lead to spiraling demand of materials used in clean energy technologies, and this is where Central Asia comes into picture. A region that once got reduced into supplier of fossil fuels, now holds key to a prosperous future for the world.