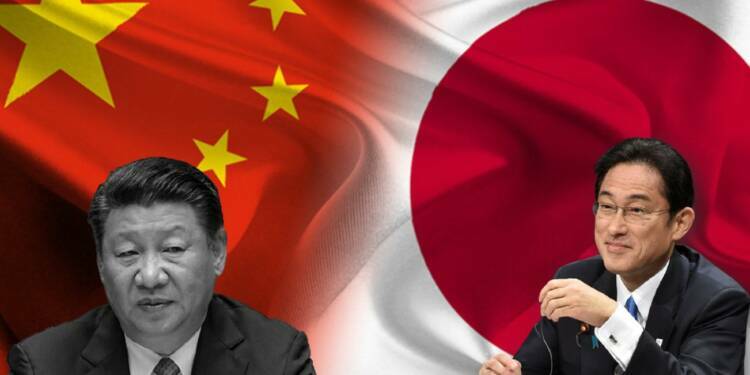 Japan’s offensive against China is currently only economic. However, it will not take much time for the same to crystalise into a military offensive of sorts. economic weapon. Already, Japan is reinforcing its defenses and acquiring new capabilities at a rapid pace to smoke the Chinese out. Japan has really developed a quasi-military strategy to deal with China. Why do I say so? Because Japan’s economic offensive will cause some severe damage to China’s military.

The Japanese government, led by Prime Minister Fumio Kishida will submit to parliament crucial legislation that will call for making some key patents closed to the public, among other measures. According to Japan Times, the move is part of an effort to counter China’s growing influence on technologies and supply chains.

Japan Times also reported that the Kishida government is working on a plan to impose penalties for leaks of advanced technologies from the private sector.

Japan has been working on an economic offensive against China for quite some time now. In fact, TFIglobal had reported in December 2021 how the economic security legislation includes measures to review equipment purchases by large operators of core infrastructure including telecommunication networks and power grids, as well as financial companies. So, Japan is also ensuring that while its own technologies do not find their way into Chinese hands, invasive technologies from China do not enter Japan and its critical sectors.

Japan’s move is bold, but it comes with a cost for companies. Japanese companies earn big money by licensing their patented products and technologies to companies around the world. For example, a Japanese company that has patented nuclear technology can license the said technology to companies around the globe and earn what is known as a licensing fee. With Japan’s new policy to review every technology transfer and stop transfers of critical technologies from one company to the other, Japanese firms are set to lose out financially.

But unlike Xi Jinping, Prime Minister Fumio Kishida is not an anti-business tyrant. So, the Japanese government will compensate companies with roughly 20 years-worth of licensing income, based on comparable patents.

China has little to no talent to account for, and an intense scarcity of indigenous technologies. Technologies developed by China have proven to be failures of unprecedented proportions. So, China relies on foreign technologies to build its products – whether they be from the military, nuclear, electronic, aviation or automobile sectors.

Much of these technologies trace their origin to Japan. China has historically had a number of spies, mostly students, placed in Japan. These student-spies steal critical technologies from Japan and transfer them to China.

Now, critical technologies will not be allowed to be transferred from one company to the other, apart from also not being made public. This is aimed at stopping the leakage of technologies at the very source. Needless to say, China will soon face a technological drought which it will find excruciating to overcome.