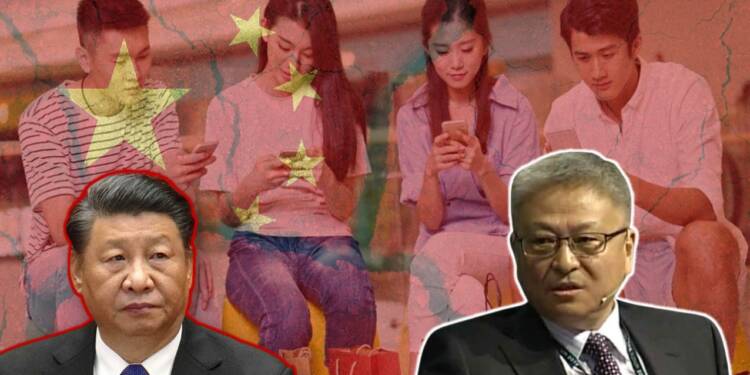 For close to forty years, each Chinese family raised only one child – leading to a huge decline in the number of youth workers across the country who can be employed to work in various sectors. China has been feeling the excruciating pain caused by the One Child Policy, as the same took to showing results in the form of a large quantum of the aged citizenry retiring from their workplaces, while a practical absence of sufficient young people joining the workforce continues to haunt the CCP.

The One-Child Policy was disbanded in 2016; effectively meaning that there are still 10-15 more years before normalcy returns to the Chinese demography. Now, the CCP is forcing Chinese people to breed three children. What I am trying to say is this – China is the only regime that so brazenly gets involved in the reproductive practices and choices of citizens. Despite being hit hard by painful repercussions, the CCP has learnt no lessons. So, it keeps making the same mistakes again and again.

The one-child policy has given rise to wimps, sissies and little emperors in China. Single children have been brought up as pampered “little emperors” by parents and grandparents. They are treated like royalty, and this severely impacts their perception of China and the world.

In fact, according to Yan Xuetong, director of Tsinghua University’s Institute of International Studies, Chinese university students born in 2000 or later “usually have a strong sense of superiority and confidence, and they tend to look at other countries from a condescending perspective, look at international relations through wishful thinking and believe that China’s foreign policy goals can be achieved easily.”

Nikkei Asia quoted the leading Chinese scholar as saying, “They think humankind’s universal values such as peace, morality, fairness, and justice are China’s inherent traditions. They think that only China is just, while other countries, especially Western countries, are evil.” Yan Xuetong is among the Chinese realists. He is not a jingoist, which is what makes his opinion matter to China’s leaders. When Yan speaks, Xi Jinping takes notes.

Now that Yan has come down hard on Chinese children and adults born after 2000, it would only be wise for such people to do away with their false sense of bombastic supremacy. The world does not revolve around China. Yet, such young adults believe it does. That, according to the leading Chinese scholar, is a problem.

Yan believes the way of thinking he has observed will lead to problems in the future. As such, he has suggested that teachers of international relations should train students to see China’s history, understand its complexity, and help them to appreciate the diversity of the world.

This is pragmatic advice. If Chinese children are not brought down from their high horses, they will end up getting thrashed black and blue when interacting with people from around the world – of different nationalities and cultures. In any case, the world’s tolerance for China has taken a big hit. Today, China is seen as a nuisance, and any jingoist born after 2000, claiming that China is the greatest country of them all, will surely get himself a free dental extraction when faced by people who are not Chinese.