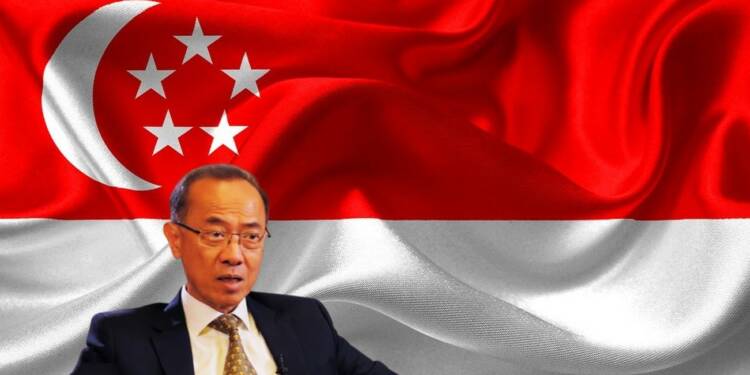 Singapore has a multi-cultural society. People from all across Asia live in the city-state. Indians, Chinese, Indonesians and many more – they all live together in Singapore. However, of late, the Chinese Communist Party has been trying to ‘Sinicize’ Singapore. It is imposing Mandarin on Singaporeans. The people of Singapore are being force-fed Chinese culture by vested interest groups and forces. This has resulted in Singaporean society getting divided. What the city-state needs right now is a strong wave of nationalism to sweep through it and awaken the populace to the many threats the city-state faces, especially from China.

Singapore’s former foreign minister has done just that with remarks that should lay the ground for the city-state to overhaul its foreign policy. Former foreign minister George Yeo, who is currently a visiting scholar at the Lee Kuan Yew School of Public Policy, was speaking as a panellist at a curtain-raiser for the annual Singapore Perspectives conference organised by the Institute of Policy Studies think-tank.

He said Singapore should prepare for “easily” up to 30 years of competition between the United States and China, which could take the form of skirmishes off the sea or proxy wars. He suggested that to avoid being caught in between and to maintain sovereignty, Singapore must work on reconnecting with its Southeast Asian neighbours and establishing its own identity – one where being Singaporean means being “bigger” than just a nationality.

In his remarks, George Yeo also said, “For example, the current tensions between the US and China will mark this period of history and it will go on for years to come…sometimes high tension, sometimes low tension.” Singapore thus needs to organically “re-root” itself in the region and become a capital city of ASEAN.

He said through ASEAN, Singapore can better navigate the big powers – not by taking sides, but by leaning “a little to the other side” in the event anyone pushes the city-state too hard. He added, “We are part of many networks – the American network, the Chinese network, the Indian network. And every network has to capture us, naturally, so we have to be careful. We are friendly to everybody, but we are autonomous.”

There is only one power that has been looking to “push” Singapore and intimidate it. And that is China. So, George Yeo has subtly told all Singaporeans to force their government to form a clear anti-China policy, by way of which the city inclines towards democratic powers like the United States and India to counter Chinese aggression.

Additionally, what George Yeo has said is an attempt at triggering a nationalist sentiment among Singaporeans. Many Singaporeans, especially of Chinese origin, continue to be consumed by a fascination with China. This is really not going to help Singapore’s cause. Each and every Singaporean must unite under the umbrella of one identity, and only then will the voice of ‘Singapore’ matter. Only then will China realise that the people of Singapore are not Chinese and want nothing to do with it.

Singapore became China’s largest foreign direct investment destination country in 2019, and the number of Chinese companies operating in the city-state is also increasing. The bilateral trade between China and Singapore developed rapidly in recent years, and Singapore has maintained the first position among ASEAN countries in their trade with China.

There are distinct and explicit signs that China is trying to incinerate the culture of Singapore by imposing its own practices and language on it.

This is how China is pushing itself onto Singapore. By George Wu’s own definition, Singapore should not waste a single wakeful moment and should turn to the United States, India, and other democratic world powers for support.