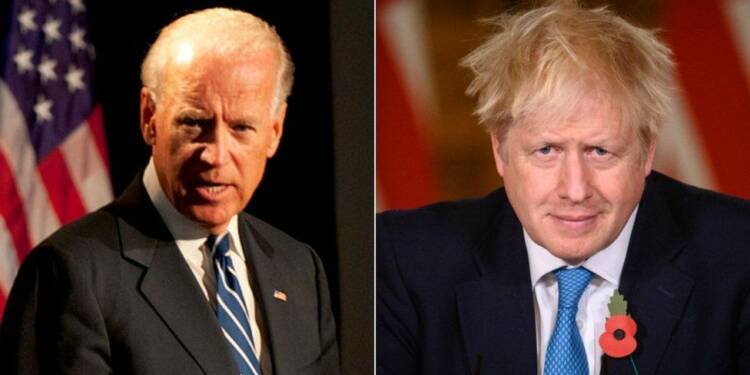 Boris Johnson, the current prime minister of the UK, had a vision of taking the post-Brexit UK to the world. In 2016, when Johnson was the foreign secretary in the UK government, he supported the Brexit decision saying that it will make the UK more independent, autonomous and influential. He several times announced that the UK will be back as “Global Britain” to extend and strengthen its influence across the globe, most importantly in the Middle East.

It’s been around half a decade now, Brexit is already a reality, and the scale of influence that Johnson wished for the UK, seems extremely far-fetched from the reality. Rather, Johnson himself seems to be unpopular, weak and confused. When it comes to the middle east, the UK is still a supporting character or a side actor to the US. It is neither independent in the Middle East nor it is influential enough.

What’s even more worrying for the UK is the rapidly growing influence and authority of several regional and global powers like Iran, Saudi Arabia, Russia, China etc. These new and emerging powers are countering and challenging the old powers like US and UK, and are squeezing their position and influence over the region even further.

Also Read: Boris Johnson has just saved his chair with one clever decision

While the lack of the UK’s influence in the Middle East might be, to some extent, because of the new and emerging powers, the biggest reason for it is the curtailing of the US. The US for quite some time has been downsizing and backing off from the middle east. The approach which was started by Barack Obama and continued by Donald Trump is being further carried on by the Biden administration. London has always relied upon the US to project and maintain its power and influence over the region, and that’s the reason the UK is suffering from a fading power and influence in the middle east.

It is quite visible that the middle east and the issues around the region have been pushed down the priority list of the Biden administration because of the decreasing importance of oil and the public is against the decision of deploying boots on the ground, especially after the Iraq debacle.

Also, as Biden is rolling back from past US commitments in the region, it has created a power vacuum in the region, which is being filled by other powers like Russia, China, France, Saudi Arabia etc. The recent policies and decisions of the US government show that they are not just softening their stance on Syrian President Bashar Assad but are also permitting Jordan and others to bypass several Trump-era sanctions.

The Biden administration did react to the recent issues and challenges to democracy in Tunisia and Sudan, but it was just about strong-worded condemnation and no real effective actions or sanctions. It is clear that the Middle East and the issues of the region are now of lesser importance for the Biden administration. With its priorities being the US domestic issues, domestic political agenda’s and a Russia and China-focused foreign policy, the US has quite literally backed out of its roles and responsibilities across the world, including in the Middle East.

The backing off of the US from the middle east has caused uncertainty and confusion for the UK. As the UK blindly accepts and shares most of the USA’s positions when it comes to conflicts around the world, it becomes hard and challenging for the UK to take charge, act or lead on its own in the absence of the US. UK has several times been forced to mimic the US and show its tilt towards Asia and Indo-Pacific (China, Australia, Taiwan, Japan) rather than the Middle East, which is also the US foreign policy preference for quite some time now.

Also, after the Brexit, the UK, which has deteriorated its relations with the EU, now has no option but to stick even closer to the US. It is therefore forced to follow the US and pull down the Middle East from its priorities list.

Why it is a betrayal for the UK?

UK has always supported and has been loyal to the US in every conflict, challenge, military action and intervention in several countries in the Middle east. It has also voiced its support to every policy, decision and action of the US whether it is in the case of Iran, Iraq, Yemen, Syria, Libya or the recent Tunisia and Sudan. It has funded, contributed and spent billions of dollars to the US-led missions and interventions. UK is truly the closest partner of the US in Europe and in the Middle East conflicts.

Now, after the Brexit, the UK is in dire need of strengthening its trade and economic relations with the middle east nations. It also wants to improve its important commercial and military ties to the Gulf, and further deepen the relationships with its long-standing allies like Jordan and Oman. UK needs to seriously address its broader security concerns, as London has been directly impacted by refugee flows and terror attacks linked to the instabilities in the Middle East.

All of these and many more challenges lie ahead for the UK. It would be extremely difficult for the UK to protect or enhance its interests in the middle east, and to counter all these challenges without an active and engaging US. The US betrayal is a lesson for the UK, that it needs to develop long-term strategies to cope with a disengaged and betraying the US.