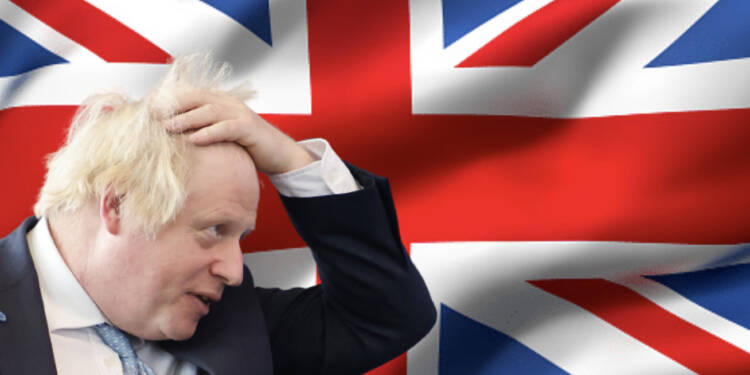 British Prime Minister Boris Johnson finds himself engulfed by scandals. While the United Kingdom was under lockdown during the Omicron surge, Prime Minister Boris Johnson and his staff seem to have had a rather pleasant time partying, with Johnson even reportedly seeking permission for a “bring your own booze (BYOB)” party.  The uninspiring handling of the COVID-19 pandemic, the unplanned and chaotic withdrawal of UK troops and citizens from Afghanistan, the disruptive Brexit process, coupled with rising inflation, the imminence of tax increases and the expected big hike in energy charges from April have only worsened Johnson’s woes.

In a YouGov poll conducted on January 17, when asked “How well is Boris Johnson doing as Prime Minister?”, 78 percent of respondents said “badly”. Only 22 percent said he was doing well, and five percent said they didn’t know. Conservative voters are even turning on the Prime Minister, with 46 percent believing he is doing well and 50 percent believing he is doing badly. Meanwhile, 46 percent respondents to the YouGov poll said that Rishi Sunak would win more seats in the next election.

To quell public discontent against his leadership, Boris Johnson has taken a big decision, and it will surely help abate the public’s anger against him. Mind you, no world leader so far – amidst the Omicron surge – has removed all kinds of restrictions. But guess who has? Boris Johnson.

The UK government announced Wednesday that restrictions reimposed in England last month to fight the surge in Omicron cases would be lifted. Prime Minister Boris Johnson said that the advisory asking people to work from home was lifted immediately, while from the middle of next week, they will no longer have to wear facial masks in any setting or use a so-called ‘Covid pass’ to enter venues such as nightclubs.

He said, “Our scientists believe it is likely that the Omicron wave has now peaked nationally. I encourage everyone across the country to continue with all the cautious behaviours that we know help to keep each everybody safe.”

While Boris Johnson has played a big gamble here, it is yet to be seen how long this one move can sustain the man’s career as Prime Minister. It must be mentioned that Conservative MPs are beginning to turn against Johnson, and if a no-confidence motion against his government does indeed have enough backing, he will be forced to resign.

Read more: If the Tories wish to survive, they need to think beyond Boris

Johnson’s popularity has also seen quite a downfall among the citizens and his party members. The decreasing popularity has created a room for the UK’s Finance Minister Rishi Sunak. According to the latest poll, nearly half of all conservatives think that Rishi Sunak would be a better PM compared to Johnson.

Keeping in view the hospitalisation numbers, and the evidently less-severe nature of the Omicron variant, it is appreciable that Boris Johnson has taken a call to lift all Covid-19 curbs. World leaders of all hues and colours must learn a lesson from the UK and begin realising that we are now nearing the endemic stage of what, until recently, was a ravaging pandemic. Now, even if variants keep emerging – life must go on.