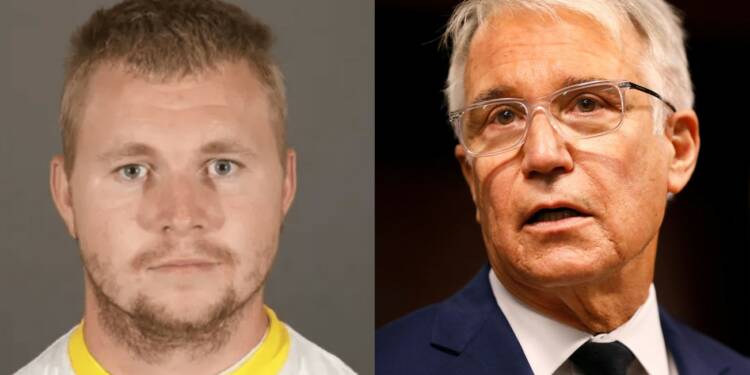 Here is a scheme that seems to be quite prevalent and ‘in trend’ within the United States. This scheme involves serial sexual assaulters who are biological men, suddenly identifying as women or transgenders after they get caught and are about to be convicted for their crimes. In the liberal hell that the USA is fast becoming, such biological men who have committed sexual assault magically turn into women or transgenders upon being caught. In one such instance, a Los Angeles County judge on Thursday ordered Hannah Tubbs, a transgender California woman, to serve two years in a juvenile facility after ‘she’ pleaded guilty to sexually assaulting a 10-year-old girl in 2014.

Now here’s the deal. In 2014, when Hannah Tubbs (a biological male) committed sexual assault on a 10-year-old girl in a public washroom, ‘he’ was still a minor, with two weeks remaining for ‘him’ to turn 18. So, guess what the far-left District Attorney George Gascon did? He refused to prosecute the repeat offender as an adult.

At the time of the crime, ‘he’ identified as male and went by James Tubbs. According to prosecutors, he did not identify as female until after being taken into custody. Tubbs was arrested and charged for the crime in 2019 after ‘she’ was arrested on battery charges in Idaho and her DNA matched a national database. ‘She’ pleaded guilty to the California sexual assault charge in November.

During Thursday’s hearing, Judge Mario Barrera reiterated several times that he was limited to sentencing Tubbs to two years because the LA County District Attorney’s Office did not file a request to transfer the case to adult court.

Here’s why this is all very bizarre!

The assaulter is now 26 years old, which means ‘she’ is an adult. Yet, this ‘adult’ repeat sexual offender will now be housed in a juvenile correctional centre because the radical-left law establishment of California is too cowardly to press some real charges against criminals.

What’s worse, in L.A. County, juvenile facilities can house both females and males, but in separate areas. But here’s where things get crazy: Tubbs will be housed with the females! So, a biological male, who has been identifying as a female, only to evade meaningful prosecution and conviction will now spend the next two years among girls – which is a gender whose members ‘she’ originally assaulted and for crimes against whom ‘she’ is spending the two years at the juvenile facility!

Also Read: The Equality act– a bill that will make the biological definition of gender ‘invalid’

Can things get crazier than this? It’s like welcoming a thief to your own home for the next two years, in the name of ‘punishing’ the criminal. Law and order and basic common and judicial sense have gone for a complete toss in the Democratic state of California, and much of it has to do with the radical left-turn that the state’s politicians have taken.