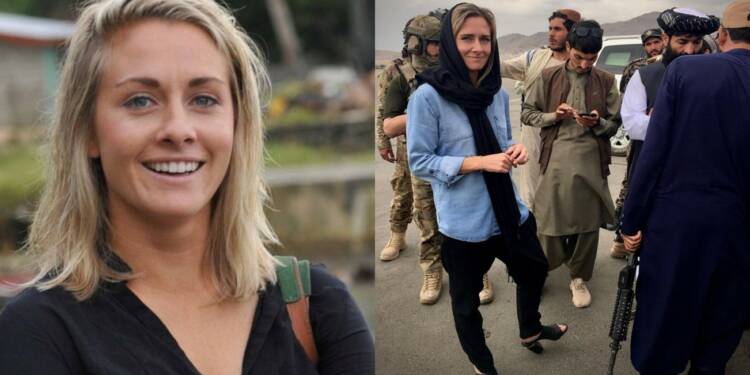 Charlotte Bellis, a journalist working in Al Jazeera was recently denied entry to her home country of New Zealand. She had to leave Qatar when she found out that she was pregnant. As she is unmarried, she was not allowed to deliver her child in Qatar. According to the laws in Qatar, it’s illegal to give birth without being married. What was surprising was that the Taliban invited her, offered refuge to her, and said that she can deliver her child in Afghanistan.

While working for Al Jazeera English in Afghanistan, Bellis didn’t know that she was pregnant. It was only after she was at the headquarters of Al Jazeera in Doha, Qatar when she realized that she is pregnant. She knew that in Qatar it is illegal to be pregnant without being married, so she decided to keep her pregnancy news secret and attempted to return to her home country of New Zealand. The shock came to her when she was denied entry into New Zealand because of the strict border control and immigration restrictions, a result of the COVID-19 havoc in the country.

When Bellis was informed that her request for exemption under New Zealand’s strict COVID immigration rules has been rejected, she called some senior Taliban contacts. The Taliban told her that she can give birth to her child in Afghanistan. According to Bellis, the Taliban said, “We’re happy for you, you can come and you won’t have a problem”. They also said, “Don’t worry. Everything will be fine”.

During an interview with the New Zealand Herald, Bellis said, “In my time of need, the New Zealand government said you’re not welcome here. When the Taliban offers you – a pregnant & unmarried woman – safe haven, you know your situation is messed up”.

The world knows about the reality of the Taliban and its treatment of women. Being ruled by the sharia law, it is just impossible for a woman to even live a dignified and respectful life in Taliban’s Afghanistan. From forcing them to wear a burqa at all times to not allowing them to work. From restricting them to only study Quran to not allowing them to study after the age of eight. Taliban has a history of treating women like objects and animals. Forced and underage marriages; sex slavery; public flogging and execution; no freedom of speech and expression; and many more restrictions are synonymous with the Taliban rule in Afghanistan.

Outside of Afghanistan, the Gulf state of Qatar is the only place where there is an official presence of the Taliban. Taliban has its official political office in Qatar. Senior leaders of the Afghan Taliban have been stationed in Doha, Qatar, since the early 2010s. Also, it is Qatar which has been, for many years now, negotiating with the west and the world powers to recognize the Taliban. Also, it is Qatar which has been batting from the Taliban side, to make the world accept and legitimize the Taliban’s claims, rule, and government in Afghanistan.

New Zealand has a record of supporting Terrorists and Islamists. It has several times shown soft corner and care towards radicals and jihadis. Cases like “ISIS bride returns to New Zealand after Australia strips her of citizenship” is an example of New Zealand’s liberal and leftist policies towards Islamists and jihadis.

Read More: Pro-China and Pro-Islamic Radicalism – How Jacinda is all set to drive New Zealand straight to hell

The nexus is clearly visible here. This isn’t any coincidence, but a well scripted and smartly planned and executed drama by the three parties (Qatar, New Zealand, and Taliban). A liberal drama to launder the Taliban’s image and whitewash all of its past deeds, using the journalist Charlotte Bellis as a tool.