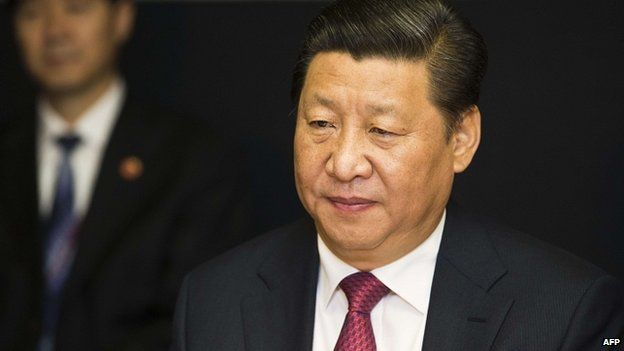 Since Xi Jinping has assumed the office of China’s president, he has been on a purge mission to eliminate and execute all his rivals and challengers by using corruption as an instrument. He has made it public that he wants to clean the CCP and China’s governance through the anti-corruption drives, but he has just used these anti-corruption drives to suppress the voices of the people who have raised questions, issues and problems in China. The Chinese people have now started realising and understanding this, and the voices of rebel and resistance have started rising.

The documentary that created the outburst

A Chinese state-sponsored documentary series has sparked a rare outburst of public criticism towards President Xi Jinping’s most important policy of corruption crackdown. The documentary series was designed to bolster support for China’s decade-long crackdown on corruption in CCP and the governance system of the country.

Also Read: The split in the CCP forces the PLA chief to say, what has not been said in the past 100 years

The crackdown was supposed to help the Chinese people to get rid of corrupt government and CCP officials but rather it has only helped Xi Jinping to get rid of all his rivals and thus ensure his lifelong term as president. The crackdown policy has also led to the detention of tens of thousands of officials, including senior national leaders such as Zhou Yongkang, China’s former security chief, and Ling Jihua, a top aide to former president Hu Jintao.

It is a well-known fact that China has a tradition of forcing allegedly corrupt officials to confess their crimes on live television, but Zero Tolerance has led many viewers to instead see the political system as the root cause of the problem.

After the airing of the Zero Tolerance documentary, the Chinese social media has been flooded with dismissive reviews and criticism that Xi’s anti-graft campaign has failed to serve its purpose. “The cost of committing crimes is too low and the attraction is too high,” a Weibo user said. “The anti-graft law is too lenient, corrupt officials have no fear of it,” another Weibo user said.

Many viewers said that this reflected the party’s failure and the penalty was too weak. Many Chinese were also outraged by the punishment meted out to corrupt officials featured in the documentary, which they believe has undermined the zero-tolerance claim. Others saw the interviewees in Zero Tolerance as indifferent as to the convicted former officials in the documentary giving eloquent speeches and recalling their past experiences.

David Yao, a Shanghai-based software engineer said, “They don’t look like criminals, they look like losers in a business battle”. He Jiahong, a law professor at Renmin University in Beijing said, “Despite our zero-tolerance policy towards corruption, the problem is still widespread”.

The reality of corruption crackdown

Shaomin Li, a China expert at old Dominion University in Virginia, says that the Zero Tolerance documentary has highlighted the contradictions in China’s political system. He said, “The show tells officials to rely on the party, not personal relationships. But the fact that Xi Jinping promotes people who have close relationships with, or show personal loyalty to him tells them otherwise”.

The negative reaction to the Zero Tolerance documentary series suggests that the decade-long campaign against corruption has not sealed public confidence in the party’s ability to investigate itself for graft, which remains widespread. Also, the series has highlighted China’s lack of checks and balances, the function of an independent media and legal system that China lacks. It is not surprising to see the Chinese people realize and understand the real intentions of its government and Xi Jinping. It is for sure that Xi’s crackdown won’t stop so easily, but time would tell what sort of damage does this public realisation brings to the CCP and to Xi’s lifelong presidency dreams.