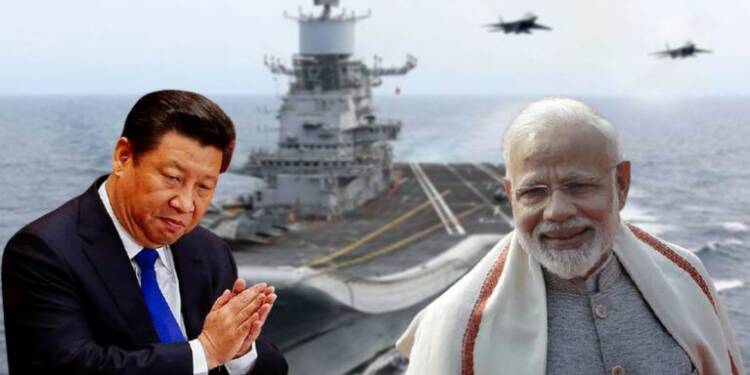 India will display its naval and diplomatic power on February 25 when 47 Navies from across the world will get together for mega naval wargames as a part of Exercise Milan 2022.

The exercise will take place off Visakhapatnam of India’s Andhra Pradesh. And is intended at countering China’s hegemonic designs in the IOR.

Milan is a Hindi word that translates into “meeting”. And this is what the biennial, multilateral naval exercise means- a meeting of like-minded countries in the Indian Ocean Region, initiated by India.

MILAN started in 1995, with only four other countries participating in the event- Indonesia, Singapore, Sri Lanka and Thailand.

But the naval exercise has come a long way now. In 2018, 16 Navies participated in the event. The 2020 edition was cancelled because of the Pandemic and the present edition involves a whopping 47 navies including the Indian Navy.

India is using Exercise MILAN as a tool to communicate to China that the Indian Ocean Region is a part of India’s traditional sphere of influence and that the Chinese Navy won’t be allowed to exercise hegemony here.


This is India’s broad response to China’s ‘String of Pearls’ strategy under which Beijing has been trying to surround India in its backyard by building strategic ports in countries like Pakistan and Sri Lanka, and also by boosting its partnership with countries like Bangladesh and Myanmar.

Read more: China wanted to encircle India with a String of Pearls. It now finds itself encircled by India instead


All anti-China powers get a shot in the arm

What do Indo-Pacific naval exercises look like? Generally, you have the US or Australia carry out freedom of navigation exercises or wargames with one or more regional powers. Of late, the UK and France too have got involved. But Exercise MILAN will coalesce all anti-China powers under one banner.

The Quad and AUKUS countries have been invited, which was quite predictable. Invitations to France and South Korea are on expected lines. But you also have ASEAN countries like Thailand, Singapore, Indonesia, Malaysia, Vietnam, Myanmar and Cambodia participating in the exercise.

The ASEAN countries are being given an option here. If China bullies some of them in the South China Sea, then can as well tell Beijing that if you poke us here, we will join India and deny any access to you in the IOR.

Also, India has very smartly extended invitations to Russia, Iran and Israel as well. Moscow and Jerusalem are India’s leading defence partners. Iran too has been one of India’s partners with historical relations.

Yet, these countries are not sworn Chinese enemies per se though they have their issues against the paper Dragon. New Delhi is using Exercise MILAN as a tool to wean them away from China.

India enjoys a lot of soft power in the Indian Ocean Region. The region is seen as India’s strategic backyard and yet the world appreciates how India doesn’t bully other countries in the region unlike China which bullies smaller nations in the South China Sea region.

Yet, China has been interfering relentlessly in the strategically crucial region. There have been reports of China delivering Type 035B Ming Class (diesel-electric) submarine to the Myanmar Navy. Pakistan is in any case a client State of China and the paper Dragon has also supplied Ming Class submarines to the Bangladesh Navy.

As a part of Exercise MILAN, India has therefore invited Sri Lanka, Bangladesh and Myanmar as well.

Exercise MILAN is a display of what New Delhi can do in the Indian Ocean Region. No other country has the military strength and diplomatic heft to bring together 47 navies in the region. This is a reiteration of India’s strength in the IOR and it is likely to give night-terrors to the paper Dragon.

Best Happy Soul Quotes to fill your day with positivity