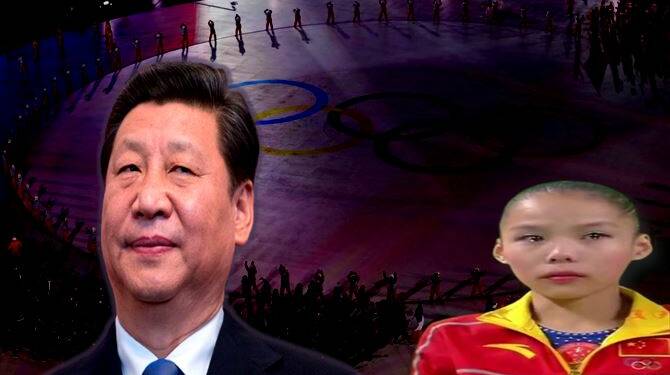 Following the loss of black American Joe Lewis to German boxer Max Schmeling, Hitler was given a propaganda item in the run-up to the election: Aryan dominance is real. All observers of the Berlin Olympics must have thought Hitler was right as a white sprinter darted into the stadium and lighted the Olympic flame to officially start the games.

However, the absolute dominance of Jesse Owens at Olympic games touted by Hitler as what would secure the Aryan race atop the racial hierarchy was a bigger occasion for shattering the imagined racial superiority on show. Owens sailed to victories in the 100m, 200m, 4x100m relay, and long jump, snubbing the Fuhrer (as Hitler and his entourage stormed out of the stadium in a huff).

This has been imbibed in them so much so, that they can never accept the loss of Chinese athletes at the hands of other “inferior barbarians”. And while CCP has succeeded in organizing the Winter Olympics, it will be interesting to see whether it will be able to contain millions of vitriolic Han supremacists.

Tokyo Olympics: a shining example of lack of sportsmanship among han supremacist fans

You never lose, you either win or you learn. For Chinese athletes, however, the saga is starkly different. If you lose, you are not enough patriotic and devoted to the nation. This year marks the 100th anniversary of the Chinese Communist Party (CCP) and therefore, the pressure from the hyper-nationalist Chinese citizens has kicked up a notch. So, despite winning silver medals for their country, Chinese athletes were apologizing to their governments and people for losing out Gold to their opponents during the Tokyo Olympics.

Read more: China has performed exceedingly well in Tokyo Olympics, but they are the biggest villains in China right now

Liu Shiwen and Xu Xin, the Chinese table tennis players proudly clinched a silver medal for their country; however, for worse, they lost the Gold to their Japanese opponents in the mixed double match. Liu Shiwen’s first reaction after the match was a tearful apology.

Another Chinese athlete, Wang Luyao, faced the vehement wrath of the angry Chinese when she failed to qualify for the 10m air rifle shooting match. While posting her picture on social media, the athlete apologized, “Sorry everyone, it’s such a pity, I admit I chickened out. See you in three years.” However, her apology was received with humiliating comments from the nationalist Chinese.

The most recent example of the Chinese football team

On Tuesday night, China was defeated 3-1 by Vietnam in Hanoi, therefore ending their faint chances of qualifying for the 2022 Fifa World Cup in Qatar. As their Lunar New Year celebrations went sour, football fans on Chinese social media were left fuming after the final whistle. Many internet users slammed the “embarrassing” and “humiliating” outcome.

One Weibo user stated, “Can we still see the national football team enter the World Cup in our lifetime? Can we make it to the top 12 [in Asian qualifying] next year?” another user wrote. “Shame, shame, I really don’t want to face [it].” The SCMP report also mentioned statements by other Weibo users like, “The men of the national football team have already lost their blood and backbone, or they should be dissolved. Losing to Vietnam, they are really shameless,” wrote one.

Several users called for the team to be disbanded altogether, given their abject display against Vietnam.

Now going by these examples, one can understand how difficult it will be for the Chinese Communist Party to contain millions of vitriolic han supremacists when they will see humiliating defeats of their athletes in the winter Olympics. This is all the more possible given historically China has nowhere been among the leading countries in the medal tally. It is a textbook example of ‘chickens have come home to roost’, as the adoption of han supremacy as a tool for fostering nationalism is coming back to haunt Xi Jinping and the CCP in Beijing Winter Olympics.