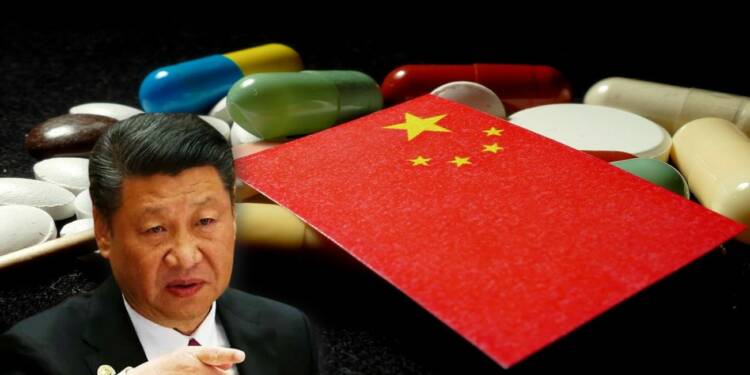 The Chinese Communist Party is going through tumultuous times. As China’s economy falters and its international status deteriorates, Xi is swiftly finding that, after nearly a decade in power, his demand for “absolute loyalty” within the CCP remains a pipe dream at best—and a risky gamble at worst. And that is cause for alarm less than ten months before the 20th Party Congress when Xi is poised to be re-elected to a previously inconceivable third term as general secretary.

As mentioned in an article published at Foreign Policy that the simple explanation for Xi’s refusal to leave China and his recent, over-the-top loyalty push is that Xi recognizes he is increasingly vulnerable. Over the past two years, Xi’s China has witnessed State-owned enterprises and local governments gobbling up many small and some big private firms. Recently, with reference to China’s fourteenth Five-year plan, Xi has been targeting leading Chinese tech giants.

Xi has vowed to step up “anti-trust efforts” and prevent “disorderly expansion of capital”, in the larger backdrop of vindictive action against tech firms like Alibaba and Tencent. However, another sector has piqued the interest of an ever vulnerable and paranoid Xi Jinping. Beijing is looking to tighten anti-monopoly regulations on pharmaceutical industries after intense witch-hunt on education, real estate, and big tech.

The pharmaceutical industry is next to be culled

According to Reuters, China’s Ministry of Industry and Information Technology stated on Jan. 31 that the newly tightened laws were intended to encourage fairer market competition and combat practises such as commercial bribery. The statement came after China’s anti-monopoly guidelines were released in November.

In addition, Chinese authorities have advocated for tougher prosecution of monopolistic practices involving medicine shortages and active pharmaceutical ingredients (API). APIs are the items that China produces in huge quantities and exports. The Chinese regime promised to form and implement entity guidelines in API markets. Pharmaceutical companies should also be prepared for more scrutiny on antitrust violations.

Prior to the pharmaceutical business, China’s IT sector suffered greatly as a result of the anti-monopoly crackdown, with large enterprises losing substantial cash. Critics also claimed that the sanctions imposed on tech companies were in response to the regime’s control over private businesses.

Read more: Every single Indo-Pacific economy is now growing exponentially, at the cost of China

The CCP witch-hunt in practice continues

This was being considered a major pivot from Xi Jinping’s “common prosperity” campaign that aimed at “curbing the disorderly expansion of capital”. However, anyone who follows the developments in China and keeps a keen eye on the leader of the nation would tell you how astonishingly fragile his ego is. Now, to satiate Xi Jinping’s ego and feed his ever-growing ego, the Communist Party of China is ready to make 2022 the bloodiest year, with the Pharma industry being the latest offering.

The severity of the re-emerging pandemic in China has brought back the strategic importance of the Pharma industry. Coupled with the upcoming 20th Party Congress, you can understand why Xi Jinping is scared of the possibility of the Pharma industry turning into a tool for unseating him. So, he has found a sweet spot during these Winter Olympics. Given any action by rival factions during this period would shore up the public sentiment in favour of Xi Jinping – defeating the intended purpose to unseat him. By culling the Pharma industry, Xi Jinping wants to save himself. However, the larger trend will make sure he is unsuccessful in his endeavours.