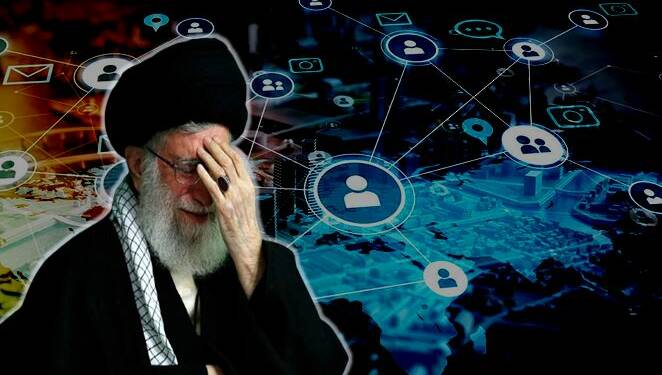 Intelligence warfare in the 21st century is too intricate and sophisticated to be ignored. Any intelligence operation can use the globalized worldwide web to sow socio-political discontent to such an extent that the country’s existence goes at stake. This is exactly what Iran tried with Israel. According to a BBC report published on Thursday, Iran is suspected of putting up a social media network aimed towards Israeli nationalists and ultra-Orthodox Jews to incite violence against Arab Israelis and exacerbate tensions in the country.

The purpose of the group, according to Israel’s disinformation watchdog FakeReporter, which discovered the group’s probable Iranian origins, was to fuel “religious war” by magnifying “fear, hatred, and confusion.”

The “Aduk” or “strictly religious” group as it was named in social media platforms, positioned itself as a “virtual religious union for the religious public,” according to the study.

As per the report, the network also redistributed articles and posts that supported far-right Israeli politicians, encouraged protests, and fostered anti-government and anti-Arab sentiment. One of the listed profiles managed to garner thousands of followers. However, given the intelligence-gathering prowess of Israel, the country was able to foil any Iran attempts from the very start.

“We see this network rise following the events in May when Israel was at one of the lowest points in its history in the relations between Jewish and Arab citizens,” said FakeReporter chief executive Achiya Schatz as it was reported in The Times of Israel.

A post by the suspected Iran-based network and its administrators included repeated calls to attend anti-government protests in Israel, retweeting a post by Ben Gvir calling for “targeted killings” of Arab Israeli “inciters” in towns where riots erupted last May, reposting pictures accusing the coalition of being controlled by Muslims because the Ra’am party was included, and encouraging anti-police sentiment among Israel’s ultra-Orthodox.

The organization has consistently sponsored Itamar Ben Gvir, an ultra-nationalist Israeli MP who is a supporter of an outlawed racist movement that calls for the expulsion of Arabs from Israel. As per the BBC expose, the operations were coordinated as follows:

Analysts find parallels between this campaign and earlier foreign interference campaigns aimed at destabilizing and amplifying tensions in the United States and Europe.

The network went to great efforts to appear legitimate, including creating a website for a bogus bakery in an ultra-Orthodox Israeli village and taking the online identity of a Russian ultra-religious Jew who died four years ago. His sister told the BBC that the social media networks should be shut down after discerning about the phony profiles created.

Also read: UAE and Israel alliance was cruising along nicely till it hit the Iran speed breaker

Thousands of Israeli social media users have seen Reuven’s stolen identity in posts on the group supporting extreme right-wing politicians and inflaming tensions between Jews and Arabs. When Olga realized how her brother’s images had been utilized for the bogus character on Facebook for the past eight months, she sobbed.

After being approached by FakeReporter, both Facebook and Twitter confirmed they had removed the group’s pages and linked profiles, nevertheless the network still remains operational on Telegram. The network was part of an attempt by Iran to revive a prior “small Iranian influence operation” that Facebook shut down in March. All in all, Israel was able to take down this tool of disinformation campaign before it could have any long-lasting impact on the social fabric of Israel.