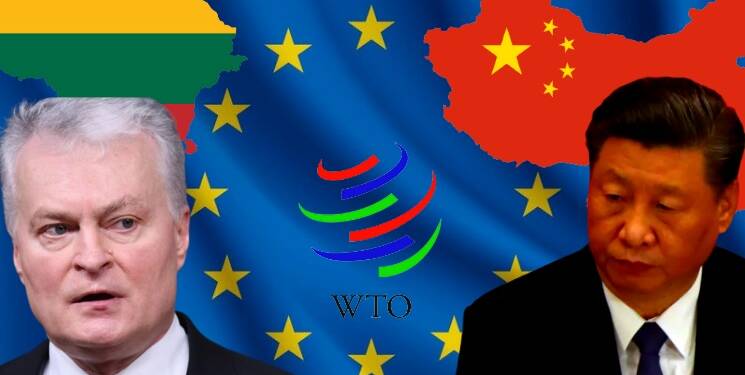 In a show of support to Lithuania and to counter Chinese bullying, countries from across the world are asking to join talks about the European Union’s complaint with the World Trade Organisation accusing China of exerting economic pressure on Lithuania. The conflict between China and Lithuania started after Taiwan opened a trade and diplomatic office in Lithuania bearing the name “Taiwan” instead of “Chinese Taipei”, a term used by other countries to avoid offending Beijing. China considers Taiwan part of its territory with no right to diplomatic recognition from any country.

Recently, Canada has asked the EU that it wants to take part in WTO discussions over Lithuania – China dispute. The United Kingdom too made a similar request to the EU a few days ago. US and Australia are already on the list of countries that have asked to join the EU’s complaint in WTO against China’s bullying of Lithuania.

In a statement, Canada’s Foreign Ministry said on Thursday, “Canada has requested to join consultations as part of the EU’s dispute with China at the WTO, in our interest in promoting and defending the multilateral trading system”.

Reacting to the situation, the Lithuanian Foreign Minister Gabrielius Landsbergis said on Friday, “This case is important for most WTO members. The world’s most powerful economies, including all members of the G7, have joined forces against China’s illegal actions that threaten the entire international trading system”.

Soon, Germany might also join the list as in a recent trip to Germany, Lithuania’s president brought up the issue with the German chancellor in order to gain support. It seems that the G7 countries are one after another, joining the movement to counter China’s evil economic practices and unlawful trade restrictions.

EU’s complain against China in WTO

In its complaint to World Trade Organization, European Union has accused China of holding up goods from Lithuania and EU companies that use Lithuanian components at Chinese ports, airports and borders in retaliation to the case of the Taiwan office in Lithuania. Relations between China and Lithuania worsened when Taiwan and Vilnius, the capital of Lithuania, established diplomatic offices in each other countries. China allegedly began restricting imports of Lithuanian goods in December, as Lithuania began to develop diplomatic ties with Taiwan.

Also, according to the European Union, they have gathered evidence of numerous sorts of Chinese limitations against Lithuania. The EU said, “These limitations include a refusal to clear Lithuanian goods through customs, rejection of import applications from Lithuania and to put pressure on EU firms operating out of other EU member countries to exclude Lithuanian inputs from their supply chains when exporting to China”.

The coming together of G7 countries and EU member states signals a rising massive global movement against China. As one country after another joins the EU’s complaint against China in WTO, it is for sure that pressure will develop on the Chinese end. China’s economic malpractices, its unlawful trade restrictions and its bullying behaviour will get further exposed. The longer this case goes, the greater embarrassments and humiliations China will face, and that too for confronting a small Baltic country of just 2.8 million population.