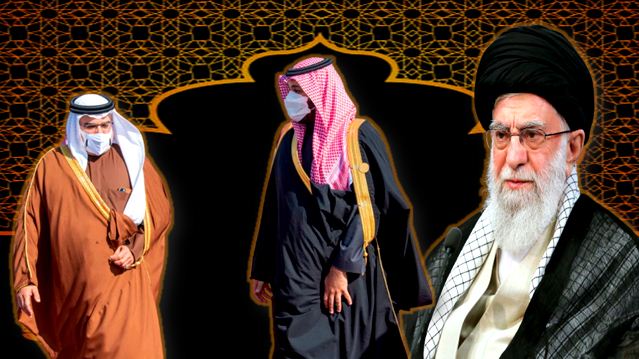 In a bid to participate in the 2022 Gas Exporting Countries Forum (GECF) summit in Doha, Iranian President Ebrahim Raisi, along with a top delegation of Iranian officials and ministers, is now in Qatar. The Iranian President will be holding several high-level talks and discussions with Emir Tamim Bin Hamad Al Thani and with other ministers of the Qatari government.

It is Raisi’s first visit to a Gulf Arab state since he took office in August last year and the first by an Iranian president to Qatar in 11 years.

“Iran is one of the founders of the Gas Exporting Countries Forum (GECF) because we are among the three most important gas producing and exporting countries,” Raisi was quoted as saying before departing from Tehran.

Raisi’s arrival in Doha was preceded by a Tehran visit done by Qatar’s Foreign Minister Mohammed Bin Abdulrahman Al Thani where he held talks with the president and his Iranian counterpart, Hossein Amir-Abdollahian. Although the minister’s second trip to Iran was not officially announced, it was confirmed by AFP, citing diplomatic sources.

The objective of the meeting

Iran and Qatar will be signing four major agreements, including plans for an underwater tunnel connecting the two countries amid talks aimed at enhancing bilateral ties. The other deals are reportedly related to shipping, maritime trade and improving air travel between both countries.

The underwater tunnel will connect Iran’s Port of Dayyer to Qatar and will include rail and road infrastructure. It will first undergo a feasibility study, according to Iranian reports.

Iran’s ports authority chief executive Ali Akbar Safaei said on Sunday, “This project is considered a huge transformation for Qatar and the Islamic Republic of Iran as it links the Persian Gulf to the north and the south and creates an expanded connectivity between West Asian countries and the Caspian Sea to the Mediterranean”.

The undersea tunnel would involve great costs given the parlous state the Iranian economy is now enmeshed in. So for the deal to fructify, it’s certain to bring Qatar on board to shoulder the responsibilities. The shortest distance from the northern tip of the Qatari peninsula to the Iranian coast near Dayyer is around 190km. That would make it the world’s longest tunnel.

The kingdom of Saudi Arabia and Iran is already in the process of resolving several of their issues. Both the countries have also started peace talks to discuss the establishment of official diplomatic relations in the future. Once completed, this tunnel could be used by both countries to push their endeavour for increased bilateral trade.

The undersea tunnel between Qatar and Iran is a strategic and geopolitically important project. It will create a direct rail and road-route between the two countries and will help them to completely bypass the Persian Gulf. Also, it will create a straight and direct route between Saudi Arabia and Iran. The tunnel will be immensely useful for Iran to reach the markets of Africa, the Mediterranean and Europe and it would provide a beneficial path for Saudi Arabia to reach the Central Asian, Russian and Chinese markets.

The benefits of the tunnel for Saudi Arabia

Saudi Arabia which is already trying to expand its footprints to Central Asia and farther will end up as the most beneficial out of this project.

On one hand, UAE, signed the Free Trade Agreement with India and on the other, Saudi Arabia has been tilting towards China. It has been continuously increasing its trade, economic and defence relationship with the communist nation.

Saudi Arabia also wants to increase its trade with Central Asian countries and Russia. And for that, this tunnel will be an important asset, as it provides Saudi Arabia with a safe and direct route to Central Asia and further to Russia and China, bypassing the conflict-ridden region of Iraq, Lebanon and Syria.

The benefits of the tunnel for Iran

Iran, which is currently in isolation from the rest of the world, will soon be free of US sanctions. And that would allow it to come out of global isolation and increase its trade with the world.

Here too, Iran would greatly benefit as it would be able to avail the tunnel and pass through Saudi Arabia into the red sea, and further to the Mediterranean and Europe using the Suez Canal. This will help Iran to reach the opulent markets of Europe, the Mediterranean and also Africa. Using this straight, direct and safe route, Iran will also be bypassing the region surrounded by the war-torn and conflict-ridden countries of Iraq, Syria and Lebanon.

During the Arab blockade of Qatar, it was Iran that truly supported it. Similarly, returning the favour, it was Qatar that prevented Iran’s economy from collapsing during the season of raining sanctions in Tehran.

Read More: Looks like an agreement has been reached between Iran and Saudi Arabia