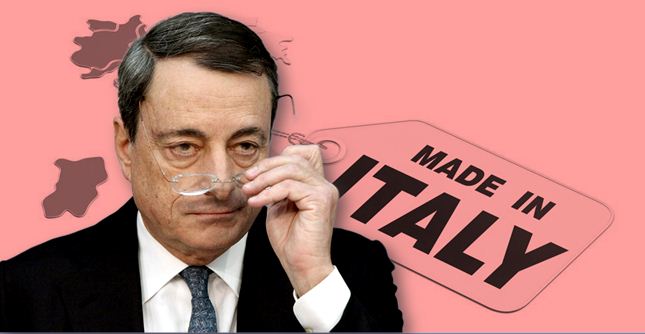 Soon after Russia invaded Ukraine, the western countries rallied around imposing sanctions on Russia. The US, UK, Japan, Australia, and EU were among the first countries to impose severe sanctions on Russia and its political leadership. Outraged by the actions of Russia, NATO too, decided to impose its share of sanctions on Moscow. But, it appears that some countries like Italy were not elated with NATO’s response.

Also Read: As American and other NATO forces ran for their lives, Italy’s Carabinieri stayed and defended

The Italian luxury goods companies were the first ones to show their disapproval towards the NATO list of sanctioned products. Italian diplomats reportedly called for the luxury goods sector to be left untouched, allowing Italian exports of clothing, jewellery, and other products to continue being sold in Russia.

Both Italian luxury goods and diamonds were ultimately spared from the West’s sanctions on ultra-wealthy oligarchs as of Friday, but questions remain as to how sanctions will handle the deep-seated ties Russia’s wealthiest people have with Europe.

The U.S. and Western European economic punishments revolve around curtailing Russian banks’ ability to do business abroad and in other currencies, blocking the country’s access to foreign-made technology, and limiting international trade. But Italy back out exposes an uncomfortable truth: The riches of Putin’s Russia are sunk deep into the heart of the Western world.

Italy has deep economic ties to Moscow with several big spenders in Russia admiring the made-in-Italy brand and remains an important part of the Italian luxury products customer base.

Read More: The irrelevance of NATO is now out in the open

Global leaders have criticized Italy, Germany, and Hungary for failing to agree on isolating Russia from using the SWIFT payment system, a network that enables international financial transactions. Many diplomats were also unhappy with Italy’s push to have luxury goods exempted from the EU’s sanctions.

It seems that, for Italy, selling Gucci loafers to Russian rich people is more of a priority than hitting back at Putin. Well, here Italy is not alone. Germany, Hungary and Belgium also lack certainty as they prefer doing business in Russia over punishing it with sanctions. Moreover, this is not the end, more and more European countries (under the pressure of their domestic industries and companies) will follow suit and demand exclusion of something or the other from the NATO sanctions list.