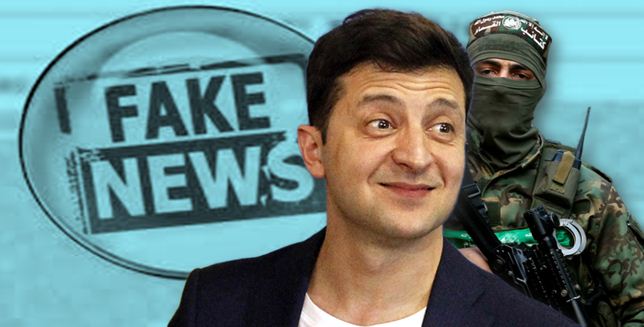 Using innocent civilians as cannon fodder, using residential buildings as recruitment grounds and then accusing your adversaries of committing war crimes if you are targeted; this is a textbook example of how Hamas engages in terror operations against Israel. And now, Ukraine seems to reenact it in the ongoing war between Kyiv and Moscow.

Attack on “civilian” building by Russia

Ukraine’s President Volodymyr Zelenskyy vowed after the attack that “Nobody will forgive. Nobody will forget.” The 79-year old US president Joe Biden also said that Putin will pay a “heavy price” for this attack.

Barbaric Russian missile strikes on the central Freedom Square and residential districts of Kharkiv. Putin is unable to break Ukraine down. He commits more war crimes out of fury, murders innocent civilians. The world can and must do more. INCREASE PRESSURE, ISOLATE RUSSIA FULLY! pic.twitter.com/tN4VHF1A9n

Videos were shared on social media deploring the Russian forces for venting their frustration on poor civilians. Western media made no bones about it and called on their governments to impose heftier sanctions on the Kremlin.

But soon it was revealed that the building was anything but a government office. A military recruitment centre was being operated out of the regional Kharkiv headquarter. So, it was natural for the Russian army to flatten this military centre that was being illegally operated by Ukraine.

Last week, the Russian military had accused the Ukrainian military of using its citizens as ‘human shields.’ Major General Igor Konashenkov, the Russian Defence Ministry’s spokesperson, had warned Ukrainian citizens, “Your nationalist government employs the same tactics as terrorists. They want to use you as a human shield,”

Read More: Here is what is sure to feature in the Russia-Ukraine peace treaty 2022

The Russian military has already overstated that targeting innocent civilians in Ukraine serves no purpose for Moscow. The Russian Army on Monday said that civilians were free to leave Kyiv amid the Russian invasion. The Russian spokesperson said, “All civilians in the city can freely leave the Ukrainian capital along the Kyiv-Vasylkiv highway. This direction is open and safe.”

You see, Ukrainian propaganda, backed by the Western media, is devised in a way to demonise Russia on the world stage, even as the Ukrainian administration risks thousands of innocent lives by installing their military infrastructure in and around residential areas.

Read More: An angry Indian responds to the racist emergency UNGA session about the Russia-Ukraine situation

Another blatant display of this propaganda war was noticed last week when a video showing a Russian tank running over a civilian car went crazy on social media. Various accounts claimed it to be a Russian tank ruthlessly murdering an innocent Ukrainian. But later, it was revealed that it was a Ukrainian tank instead.

Shocking footage shared on social media appears to show a Russian armored vehicle targeting and running over a civilian’s car in Kyiv. The man inside the car was found alive and pulled out.
.
.
.#Russia #Ukraine #Kyiv #Tank #Car #RussiaUkraineWar #WorldNews pic.twitter.com/Jor8tYgwjX

Killing civilians just to score brownie points in propaganda wars is something we usually see in Hamas-ruled Gaza. But now it seems that Ukraine has outsourced its military operations to Hamas, which has stooped to a level where it has to kill its people to shore up its propaganda warfare against Russia.

Ukraine’s propaganda warfare is solid, and that raises doubts whether the Ukrainian military strength is devastating or it’s all just damp squib.