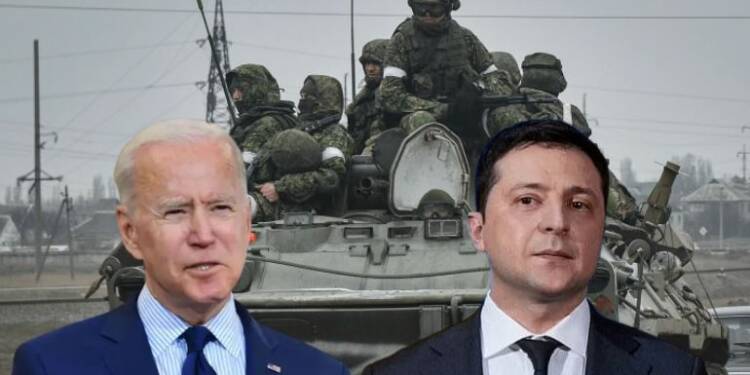 As the Ukraine-Russia war continues, some intriguing details are coming out of the United States. The Ukrainian side wants real-time data on Russian movement from the US. But the US keeps denying it in order to avoid a direct confrontation with Russia and this big revelation is coming directly from Republican Sen. Ben Sasse of Nebraska, a member of the Senate Intelligence Committee.

Ukraine has been quite forthcoming about gaining access to Western satellite data.

In a letter that he posted on Twitter, Fedorov wrote, “We badly need the opportunity to watch the movement of Russian troops, especially at night when our technologies are blind in fact! SAR satellite data is important to understanding Russian troop and vehicles movements at night considering that clouds cover about 80 percent of Ukraine during the day.”

Ukrainian entrepreneur Max Polyakov too pleaded, “Right now, we need to have this intelligence.” He added, “Every night, we’ve been bombarded, and at night we are blind. We need this data, please.”

What Ukrainians are effectively looking for is data collected by commercial satellites flying over Ukraine.

The US denying real-time data to Ukraine

However, Sasse has clarified that the US is not giving satellite data to Ukraine. The Senator said, “They don’t have enough. And, no, we’re not getting them enough. I applaud pieces of how the administration has responded. But I’ve been pushing hard that they need to be sending more actionable intelligence in real-time to the Ukrainians because we’re not moving fast enough. Knowing where a Russian tank was 10 hours ago isn’t very helpful to a Ukrainian who’s, you know, fighting to defend his or her family and homeland.”

Is the US trying to play safe?

So, after backing Ukraine at the international level, why is the US refraining from providing real-time data to Ukraine? Well, it seems that the American bureaucracy is trying to avoid sharing satellite data with Ukraine, so as to avoid any potential confrontation with Moscow.

Read more: Here is how the next 48 hours in Ukraine will look like

Sasse said, “We are sending them intelligence. But we have lawyers delaying the process at way, way too many steps.” However, he advised, “And we shouldn’t be letting technicalities get in the way of helping the Ukrainians fight back.” The Senator explained, “Putin threatens that real-time, actionable intelligence is tantamount to being engaged in the war on their soil. That’s obviously not true.”

Basically, Russia has made it clear that if the US shares intelligence with Ukraine, then it would perceive it as an act of war. And the Biden administration doesn’t want to make Putin feel as if they are at war with Russia.

Read more: It is official: Ukraine is holding citizens of other countries hostage, to secure its own well-being

Ukraine thus stands denied of real-time data from the United States, which is making the ongoing war even trickier for Ukrainian forces.