Turkey’s provocation will lead to Putin activating his Syria module 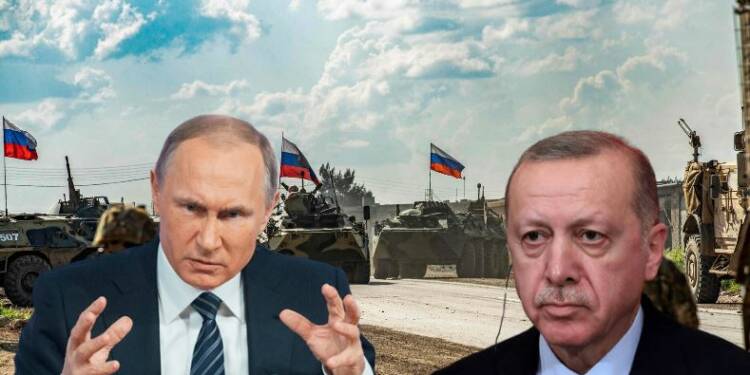 The Black Sea is connected to the Mediterranean through two extremely narrow straits, called the Dardanelles and Bosphorus straits. These two narrow passages are controlled by Turkey. What that means is that the movement of Russian ships, including those of the Navy, depend on the whims and fancies of Ankara and its ruler, Recep Tayyip Erdogan. Turkey is bound by the Montreux Convention of 1936 to block the passage of belligerent warships through the straits. The Convention kicks in once Turkey recognises a conflict as a ‘war’.

Guess what Turkey has just done? It has announced that the Russian special military operation in Ukraine is a war. What that means is Russian warships can no longer pass through the two crucial straits Turkey exercises control over. And this will not be taken well by Russian President Vladimir Putin.

Remember when we at TFIglobal told you that Russia was stepping up its deployments in Syria? Well, those deployments were done keeping in mind the power Turkey exercises over the Dardanelles and Bosphorus straits. The blockading of these two straits by Ankara for Russian warships will be seen as a direct provocation by Moscow. Important to note here is the fact that Turkey is a NATO member state.

Turkey also happens to border Syria. Interestingly, as reported by TFIglobal, Russia has increased its military hardware at its strategic Hmeimim airbase in Syria, and bolstered naval activity as well. Open-source reports and tweets from the Russian ministry of defence suggest that hypersonic missiles and strategic bombers have been sent to the Hmeimim base in Syria’s Latakia province.

According to The New Arab, Russia has boosted its naval forces, with more ships, submarines, and strengthened coastal defences in the eastern Mediterranean being put in place. In a move that should frighten Europe and Turkey, Russia has deployed the 9-A-76609 Kinzhal air-launched ballistic missile in Latakia. Additionally, two Improved Kilo Class submarines, a Bastion-P battery, mobile coastal defence missile systems and long-range aircraft Tu-22m3 and MiG-31k also form a part of the dramatic deployments made by Russia to Syria in recent weeks.

Russia Does not Need the Straits Right Now, But Might in the Near Future

Russia made it a point to prepare its naval forces in the Black Sea and Sea of Azov prior to launching an invasion of Ukraine. Most of the warships that belong to the Russian army’s Black Sea Fleet are already positioned in the Black Sea. But do you know when things can get dicey? If the war of Ukraine is drawn out, and lasts over a period of two to three months.

That’s when Russia would want to replenish its supplies to the Black Sea fleet, and it is then that Turkey will disallow belligerent Russian ships from crossing the two straits.

But Russia is prepared for such a blockade. The massive deployments to Syria had befuddled many. But now, we know that if Turkey tries to play tough with Moscow, it will be stepping foot into its own grave.

Russia will be opening a new front against Turkey from Syria. This could complicate matters for Ankara. It is a NATO member, and it would not want to be the reason for World War III breaking out. Therefore, it is highly likely that Erdogan will rethink his position on the Montreux Convention in the days to come.