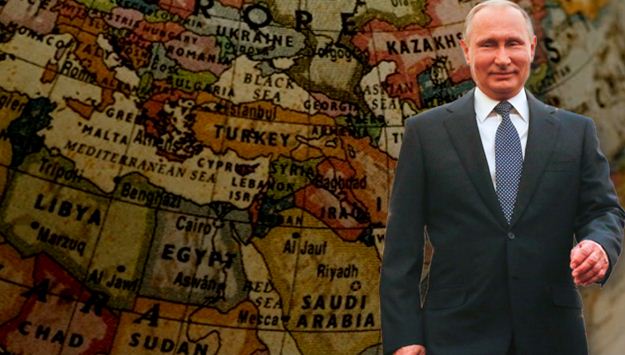 Before the Ukraine invasion, Moscow and the West were battling for the Muslim world. Both of them wanted greater influence in the resource-rich and strategically crucial regions of the Middle East and North Africa.

Far before the Ukraine war, the West would have thought that it does have enough influence in the Muslim world. But some key developments show that Russia is the one winning favour with the Muslim world.

When the West is fighting with Russia at a diplomatic level, it would have expected some support from the Arabs. But the two biggest Arab powers- the UAE and Saudi Arabia have chosen Russia. The UAE decided to abstain from the UN Security Council vote on the issue. The US hadn’t accepted Abu Dhabi’s earlier request to redesignate the Iran-backed Houthi rebels as terrorists. So, the UAE found it convenient to back Russia.

Read More: Here is why UAE abstained from voting against Russia in the UN

And Saudi Arabia has also refused to irk Russia. It decided to stick to it its pledge to remain committed to the OPEC plus agreement reached July last year. Riyadh has therefore shot down Western requests to shore up oil production amidst escalating crude oil prices due to the Russia-Ukraine war.

Read more: Saudi Arabia denies to be dragged into a war it doesn’t belong to

Indonesia wants to serve as a mediator between Russia and Ukraine

Meanwhile, Indonesia, the country with the largest Muslim population isn’t ready to marginalise Russia. Indonesian scholars are making an interesting proposal. They want Jakarta to play a mediator between Russia and Ukraine as Indonesia holds the G20 presidency in 2022 and therefore it enjoys a lot of diplomatic capital.

Indonesia maintains that it has a neutral policy and prioritises diplomacy and dialogue over conflict and sanctions. Any country that wishes to give diplomacy a chance is however snubbing the West and giving Russia some much-needed leverage in face of extraordinary sanctions being imposed by Western powers.

Now, this should come as a major surprise for the West. Pakistan holds the major non-NATO ally status in US diplomacy. For several decades, Pakistan used to be seen as an American ally in South Asia. The US is indeed getting closer to India at Pakistan’s expense. Still, the Western world would have expected formal support from Islamabad during Russia’s Ukraine invasion.

But Pakistan Prime Minister Imran Khan visited Russia in the shadow of the Russia-Ukraine war. He has even struck a deal with Moscow for importing natural gas from Russia. Khan has signed a trade deal with Russia, while the West rolls out tough sanctions against Moscow.

European diplomats have asked Khan to criticise Russia and support a United Nations General Assembly (UNGA) resolution condemning the invasion of Ukraine. However, Pakistan has decided not to support the West. For Western powers, this effectively translates into Islamabad’s unabated backing for Russia.

At the end of the day, the West is fighting its own battle with Russia. And Muslim countries all across the world have decided to stay away from a war that is not their own. This confirms something that was already known- the Muslim world has chosen Russia over the West.

GTB Meaning with Explanation and Definition