NATO was all set to create a No-Fly Zone over Ukraine, but it chickened out 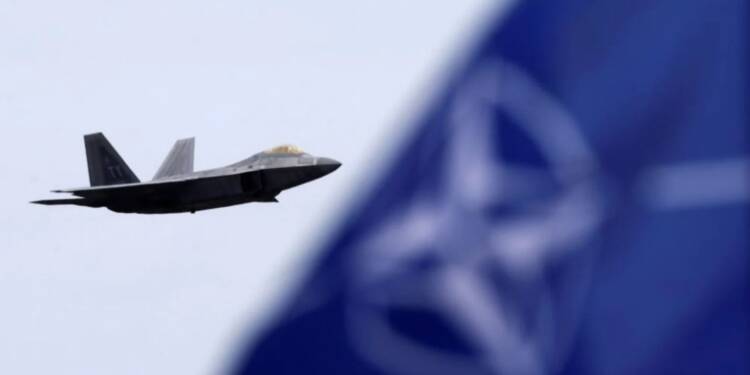 A few days ago, Ukrainian President Zelenski requested the west and NATO to impose a no-fly zone over Ukraine to help him defeat the Russian forces. NATO has now rejected the request stating that the action could provoke Russia and could start a NATO-Russia war. NATO in its recent statement said that their intervention could spiral into a wider conflict with Moscow causing even greater threat and damage to Ukraine and the region.

Also Read: The day Ukraine becomes a full member of NATO will mark the start of WW3

What is a no-fly zone?

A no-fly zone would bar all unauthorized aircraft from flying over Ukraine. Western nations imposed such restrictions over parts of Iraq for more than a decade following the 1991 Gulf War, during the civil war in Bosnia and Herzegovina from 1993-95, and during the Libyan civil war in 2011.

On Friday, March 4, the Secretary-General of the North Atlantic Treaty Organization (NATO), Jens Stoltenberg, announced that NATO does not want to “be part of the conflict with Russia in Ukraine.”

He said, “The only way to implement a no-fly zone would be to send NATO planes and impose it by shooting down Russian planes. It would be a step that would signify a full involvement of NATO nations in the conflict.”

He added, “We understand the desperation of the Ukrainians. But we believe that if we do it, we will end up with something that can become an all-out war in Europe, engulfing many other countries and causing much more human suffering.”

For this reason, Stoltenberg explained that NATO members have made “the painful decision” to reinforce sanctions in support of Ukraine, but “without directly involving NATO forces in the conflict in Ukraine, neither on land nor in its airspace.”

Why is the call for a no-fly zone is being raised?

The recent Russian attack on Ukraine’s Zaporizhzhia nuclear power plant has renewed calls for NATO to impose a no-fly zone over Ukraine, despite the repeated rejection of the idea by western leaders concerned about triggering a wider war in Europe.

A few days ago, the Ukrainian president Volodymyr Zelenskyy asked the people of Western Europe to demand that their leaders change course because the shelling of a nuclear power plant in Ukraine threatens the security of the entire continent.

He said, “Immediate closure of the skies over Ukraine is needed. Take to the streets and say that you want to live, to live on earth without radioactive contamination. Radiation does not know where the Russian border is”.

What would a no-fly zone achieve?

The Ukrainian authorities have said that the people are living in bomb shelters and a no-fly zone would protect them from Russian military attacks. It would also protect the nuclear power stations from Russian airstrikes. But analysts say it’s Russia’s ground forces, not aircraft that are causing most of the damage in Ukraine.

Justin Bronk, a research fellow at the Royal United Services Institute in London said, “What Ukrainians actually want is a broader intervention like the one that occurred in Libya in 2011 when NATO forces launched attacks on government positions. That’s not likely to happen when the opponent is Russia”.

He further said, “They want to see the West kind of sweeping in and taking out the rocket artillery that’s pummelling Ukrainian cities. We’re not going to go to war against the Russian army. They are a massive nuclear-armed power. There is no way that we could possibly model, let alone control, the escalation chain that would come from such an action”.

Why has NATO rejected the request?

In simple terms, it would risk a direct military conflict with Russia that could escalate into a wider European war with a nuclear-armed superpower. While the idea may have captured the public imagination, declaring a no-fly zone could force NATO pilots to shoot down Russian aircraft.

NATO Secretary Jens Stoltenberg has already said, “We have a responsibility as NATO allies to prevent this war from escalating beyond Ukraine”.

Also, many military analysts say that there is no chance that the US, Britain and their European allies will impose a no-fly zone because it could easily escalate the war in Ukraine into a nuclear confrontation between NATO and Russia.

Despite their commitments to defend Ukraine in the event of a Russian attack, none of the Western countries has advocated a direct NATO-led military intervention to defend their European neighbour.

Given this scenario, Ukrainian President Zelensky openly lamented the inaction of the West in the face of the Russian military attacks on Ukraine. He criticized that the European leaders have left Kyiv alone and are not ready to accept Kyiv into NATO because everyone is afraid of Russia.