After kicking China out, Italy invites Taiwan, France and Israel to develop its semiconductor industry 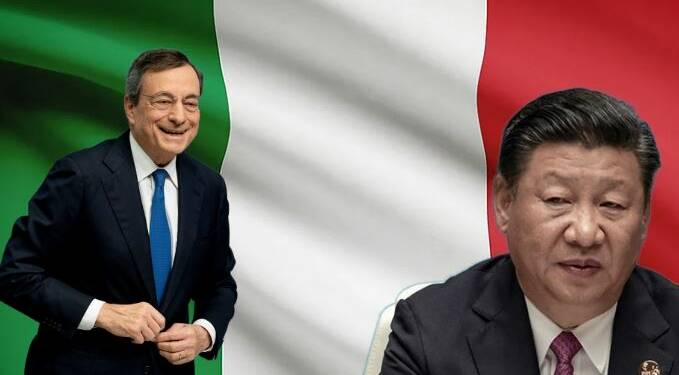 Last year, Italian Prime Minister Mario Draghi had cancelled Chinese investment in his country’s semiconductor industry and now he is inviting Taiwan, France and Israel to develop it.

Italy kicked China out of its chips sector

Italy’s sitting Prime Minister Mario Draghi came to power last year, and in 2021 itself, he vetoed three Chinese takeover plans. In order to do so, the Italian Prime Minister didn’t shy away from using the State’s “Golden Power”. His aim with these veto decisions was to avoid any hostile takeover of Italian tech assets by the Chinese.

One of the deals vetoed by Draghi was a proposed joint venture between Zhejiang Jingsheng Mechanical, a Chinese silicon-making company, and the Hong Kong arm of Applied Materials. The US-based Applied Materials produces machines used to make semiconductors and other high-tech materials. So, Rome feared that a Chinese takeover could harm the Italian semiconductor industry. And the deal got blocked.

Draghi’s government also initiated an inquiry into an attempt by two Chinese State firms to take control of an Italian drone maker in a hidden manner.

The Italian Prime Minister doesn’t have much tolerance for Chinese attempts to take over his country’s tech industry. This is why he keeps kicking the Chinese out of Italian businesses. And now, he is trying to build a semiconductor industry free of any Chinese influence.

Italy planning to set aside $4.6 billion to boost semiconductor manufacturing

Italy is planning to set up a $4.6 billion fund until 2030 for boosting domestic chip manufacturing as it seeks to rope in more investment from global tech firms like Intel.

Rome is willing to offer public money to the US group to work on an advanced chipmaking plant in the country that manufactures full chips through innovative technologies.

Italy is also in talks with French-Italian STMicroelectronics, Taiwanese-controlled MEMC Electronic Materials Inc and Israeli Tower Semiconductor that is set to be purchased by Intel.

Italy looking to make it big in the semiconductor industry

Italy understands that it is time to make a big move in semiconductors, which are indispensable in the consumer electronics sector.

Presently, there is a global supply shortage of semiconductors as chip-makers struggle to ramp up output. Demand of consumer electronics like smartphones and computers has picked up due to the COVID-19 Pandemic and work-from-home norms introduced by companies across the world.

So, Italy is eyeing the present semiconductor shortage crisis as an opportunity to make big economic gains. EU countries too are eager to reduce their dependence on semiconductors manufactured in other parts of the world, given the shortages that they are currently facing.

Last month, the European Commission even announced new funding rules for innovative semiconductor facilities. Brussels has earmarked 15 billion Euros in additional public and private investment by 2030, over and above 30 billion Euros of public investments already planned from NextGenerationEU, Horizon Europe and national budgets.

However, the point is that China is not being given any breathing space. Italy is ensuring that it builds a huge semiconductor industry without Beijing’s interference. Only last year, Italy had kicked China out of its semiconductor industry. And now in a new setback to the Communist nation, Italy is inviting China’s foes to help it build a vibrant chips sector.