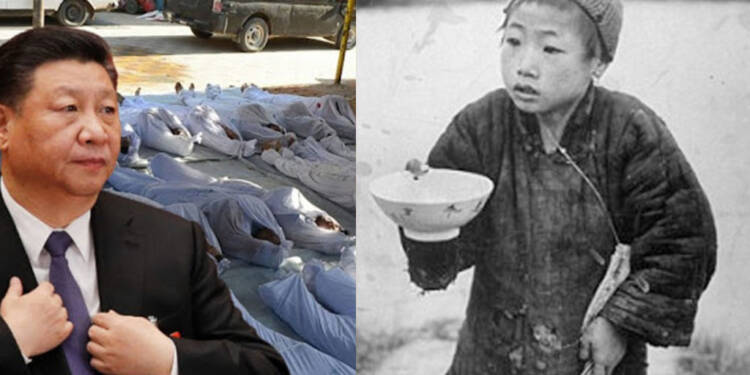 “From Bangladesh to Ethiopia, the colour of hunger is the same
Our moral responsibility is to destroy the First World’s monopoly game.

They’re making weapons and spreading out war here and yonder
Thousands and thousands of people are dying like cockroaches and spiders.

A hungry boy doesn’t know who the president of the USA is and what the UNO is!
He needs only a handful of rice, even no need any holy Angel’s kiss……

Now we should stop war for an old, a heavenly child and a hungry boy”.

The above lines quoted from the poem “ war and hunger” written by Zillur Rahman Shuvro explicitly explain that any war comes with a price that can take a heavy toll by disturbing the global food supply chains and hence jeopardizing global food security.

The present Russo-Ukraine crisis is analogous to Shuvro’s depiction. The unfolding tensions in Ukraine are compelling the thinkers and policymakers to realize that the crisis may become the catalyst for a global food crisis.

Several million people are likely to go hungry as a result of rising food costs, according to the Food and Agriculture Organization (FAO), since the availability of major staple crops such as wheat, corn, and sunflower is threatened. Wheat, corn, and cooking oil prices have all reached new highs since the war broke out. Furthermore, with crude oil prices hovering around $100 per barrel, farm input prices, such as fertiliser, would rise.

So, let’s look at how the current Russia-Ukraine conflict could result in a global food catastrophe. Allow me to shed some light on some numbers in this regard.

Russia is considered the wheat bowl of Europe; it makes up 18% of global exports and Ukraine makes for 7% of global wheat supply. They also make up for a bulk share in case of exports of sun-flower, rapeseed, linseed and soybeans used for oil and animal feed. Half of the world’s sunflower oil exports come from Ukraine and another 21% from Russia. Ukraine is also the fourth largest exporter of maize.

If these supply lines are disturbed, a shortage of key food items is bound to emerge. Since all of Ukraine’s key ports on the Black Sea are on Russia’s radar, the country has already banned grain exports. Russia has likewise halted shipments to all former Soviet Union countries. As a result, the globe may soon face a massive food crisis.

Who pays the price?

Now the question is, who will bear the brunt of this disruption? Although no country will be spared, least developed countries, primarily in Africa and Asia, are expected to be the hardest hit. West Asian countries will also be affected. The fundamental reason is that African and West Asian countries relied heavily on Russian and Ukrainian wheat, corn, and cooking oil imports. Both of these countries are logistically closer, and their agricultural commodities are priced competitively.

According to the FAO; Egypt, Iran, Turkey, and Bangladesh rely on these two countries for 60% of their wheat supplies. Other countries that rely on the former Soviet Union member countries for food include Lebanon, Tunisia, Yemen, Libya, and Pakistan.

Even the United Nations has predicted that food prices could rise by up to 22% as a result of the conflict. Secretary-General Antonio Guterres of the United Nations recently issued a severe warning, saying, “We must do everything possible to avert a hurricane of hunger and a meltdown of the global food system”.

While wealthier countries may be able to manage the looming possibility of a food crisis, poor and developing countries may confront significant food security and hunger challenges.

Dragon does not have the good fortune to be spared

A long-running conflict between Russia and Ukraine might disrupt the global fertiliser supply chain, putting upward pressure on grain prices, and reducing production in China during the upcoming crucial planting season.

China, which has made food security a top economic priority, is self-sufficient in essential crops such as wheat and rice, but imports fertiliser. Because both warring countries, Ukraine and Russia, are big fertiliser exporters, the battle is driving up fertiliser prices for importing countries like China.

“If the trade of fertilisers and grain is interrupted, how can we do spring fieldwork? How can we hold the rice bowls of our 1.4 billion population in our own hands? There will be a lot of trouble.” said Xu Hongcai, deputy director of the economic policy commission under the China Association of Policy Science.

In this context, several countries have turned to protectionism to ensure that their inhabitants can buy food and oil at a reasonable price. Along with Russia and Ukraine, as previously mentioned, nations such as Hungary and Argentina have restricted grain exports, while Moldova, a small exporter, has blocked wheat, corn, and sugar shipments. As cooking oil costs have risen, Indonesia has raised its supply of palm oil from domestic producers to 30% from 20% previously. Bulgaria, a major exporter, is developing a mechanism to purchase food grains to suit its residents’ requirements. Egypt has also prohibited the export of vital agricultural items such as flour, lentils, and wheat.

The Russia-Ukraine situation is bringing the globe closer to a dangerous food crisis. It’s possible that the times ahead will be terrifying. Countries should work collectively to thwart this looming threat.