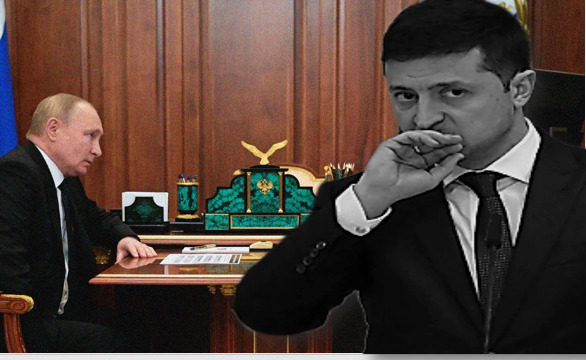 The Russia-Ukraine war started last month and it has already led to several territorial and humanitarian losses for Ukraine. However, now there seems to be some possibility for a compromise. In the initial days of the war, Russia was demanding full demilitarisation of Ukraine. But now, it is ready to let Kyiv retain Ukrainian military forces provided it takes the pledge of neutrality.

Kremlin spokesman Dmitry Peskov has announced that a proposal for Ukraine to remain a neutral country but retain its armed forces “could be viewed as a certain kind of compromise.” Russian Foreign Minister Sergei Lavrov likewise has expressed some hope for a compromise. He said that Russian demands for Ukraine’s neutrality were under serious consideration though talks weren’t going on easily.

What Russians are looking for is something on the lines of Sweden or Austria. Sweden had stayed out of both the World Wars. Later, it also refused to pick sides during the US-Soviet Cold War. Similarly, Austria declared irrevocable military neutrality in 1955. The Constitution of Austria has imbibed neutrality and the country doesn’t host foreign military bases on its soil, nor does it participate in any military alliances.

On the other hand, Ukraine’s President Volodymyr Zelensky too has expressed some hope towards a compromise. In an address to his nation, the Ukrainian President said that Russia’s “positions in the negotiations sound more realistic” though efforts were still needed to reach a compromise.

Yet, there are still some obstacles in reaching a compromise due to seemingly devious plans to stall the progress being made in the ongoing negotiations. Bloomberg reported that a Ukrainian official alleged that Russia’s more positive tone was an attempt to ease sanctions pressure, rather than getting a deal with Ukraine.

Similarly, German Foreign Minister Annalena Baerbock also seemed to provoke Ukraine all over again. Baerbock said, “We don’t know if these are really talks.” The Minister added, “We shouldn’t fool ourselves. If one side speaks about peace talks and at the same moment bombards hospitals and civilian buildings, then this is not really about talks.”

Why Zelensky must get ready for the compromise?

The fact remains that the solution that Russia is proposing can potentially iron out all differences that led to the ongoing Russia-Ukraine war.

Read more: China is suddenly opposing the war in Ukraine because Xi wants Putin to wait for his re-election

Russia invaded Ukraine, only because the US was constantly provoking the Zelensky government on joining NATO. In fact, the futility of any ambition to join NATO is becoming clearer to Zelensky himself, because he too has indicated that there is very little prospect of the NATO accepting Ukraine as a member anytime soon.

Read more: After being betrayed, an infuriated Zelensky rips into Joe Biden

Meanwhile, the Ukrainian President has called for his country to receive firm guarantees of sovereignty. However, once a position of neutrality is declared and Ukraine is also allowed to retain its armed forces, there will be no real threat to its sovereignty and territorial integrity.

Russia has proposed a solution, which is quite respectable from Ukraine’s point of view. It is now time for Kyiv to avoid being too rigid and reach a compromise with Moscow before it is too late. This is only how it can minimize any further damage.