Joe Biden’s nuclear deal will make Iran the king of the Islamic World. 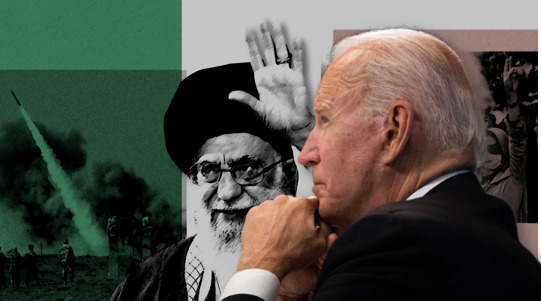 President Biden and his team are all going out to finalize the deal with Iran over its nuclear program. Former President Donald Trump had aborted Barack Obama’s Iran nuclear deal despite the International Atomic Energy Agency’s certification that Iran was abiding by the pact, known as the Joint Comprehensive Plan of Action (JCPOA). Trump not only withdrew from the agreement but also re-imposed sanctions on Iran.

But now Biden administration is all set to bring its version of the deal.  Such an accord could be contrary to the white house fantasies. They are burying down the fact that the deal is with Iran, the state which leads in sponsoring terrorism. Under the deal, Iran would get access to more than $100 billion, which it could spend on terrorism, missiles, in the pursuit of regional hegemony. With this US would become nothing but the “biggest funder of terrorism” in the world.

Read more: Sanction relief to Iran and weapon sales to Arabs; Biden is all set to blow powder keg in the Middle East

Also, we cannot expect Tehran that it would give up its ambition to develop nuclear weapons and missiles once the sanctions are lifted post-deal. There is nothing in this pact about restricting or abolishing Iran’s ballistic missiles. Nor are there any restrictions on Iran about financing its proxy militias. The pact would also lift terrorist designation on Islamic Revolutionary Guard Corps.

Recently, in an interview with Fox News, US Republican Jim Banks said, “This is absurd that the Biden administration would go back to a deal that was disastrous under Barack Obama and are now hell-bent again on renegotiating a new deal that rewards Iran for their bad behavior”.

Read more:  Iran cannot be trusted when it comes to its nuclear program

Iran will be the new boss

Talking about Iran and the region collectively, the nuclear deal is likely to complicate an intricate geopolitical orientation of the Middle East which is already in turmoil. The Arab nations and Israel are hitherto anxious about the deal coming into reality. Israel, America’s closest ally in the Middle East, strongly rejected the deal, and other countries like Saudi Arabia, complained that they were not involved in the negotiations even though Iran’s nuclear program posed security risks for every country in the region. The proliferation of nuclear weapons in the region would cause further instability. Also, Iran’s economy is crippling presently. Once the sanctions are removed it would be able to revive its economy and allow it to play a more dominating role in the region.

But this remains to be seen. Tehran definitely cannot be trusted when it comes to its nuclear program. The deal could either prove to be a catalyst for Iran to regain its lost preeminence in the Middle East or bring more instability in the region.