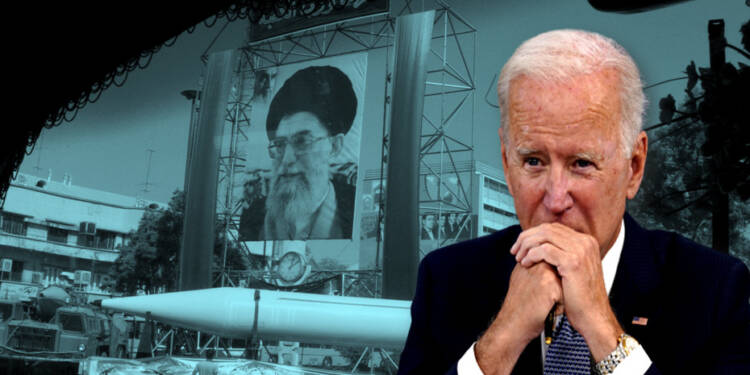 Senior diplomatic officials in Washington DC seem to look disturbed nowadays. President Joe Biden’s diplomats are on the run to strike a deal with Iran to stop the nation from acquiring nuclear weapons. But the newly emerged reports signal something flabbergasting and unprecedented. Iran may have already developed a nuclear bomb.

US senators left stunned after briefing over the Iranian nuclear program

US Senators on Wednesday were left stunned after the Biden administration delivered them a classified briefing over the Iranian nuclear program. One senator described the assessment as “sobering and shocking.” Other disgruntled officials told senators that Iran could now be just “weeks” away from developing a nuclear weapon.

Biden has spent the last one year placating Iran for its return to the negotiating table, but with little success. Now, senators fear that further actions of wooing Iran may also end up emboldening the Shi’ite nation.  A rebirth of the JCPOA (The Joint Comprehensive Plan of Action) be the only viable solution in front of a confused Biden.

“I don’t think members know exactly what re-entry [into the deal] means. What is the deal? Is it exactly the way it was? Is it different? If so, how? What are we giving?” Senate Foreign Relations Chair Bob Menendez (D-N.J.) said after the briefing. “They should walk away when they see there’s not a good deal to be had. I don’t know what the timing of that is, but whenever that is, the window is closing fast.”

On the other hand, Republicans are demanding the Biden administration to impose Trump styled back-breaking sanctions on Iran. “I think the only deal that’s possible is a bad one. And that’s what I fear — that the administration wants a deal so badly that they’ll enter into a really dangerous one,” Florida Sen. Marco Rubio, top Republican on the Intelligence Committee, said in a brief interview.

This comes days after the Biden administration completely lifted sanctions off Iran’s “civil” nuclear program. The sanction waivers were revoked by the US in 2019 and 2020 as a result of US President Donald Trump’s withdrawal from the nuclear accord. The goal of the indirect negotiations for the US is to return to the accord and for Iran to restart compliance.

Biden gave Iran this huge offer but devoid of any favour  from the Shi’ite nation or because of reasons best known to him. This is indeed not a small favour; as nations like China can easily help Iran fast-track its civil and military nuclear program. Expecting Iran to relinquish its nuclear ambitions in return for the sanction relief is a puerile best and suicidal at worst.

Read More: Iran makes Biden look like a bumbling idiot with no plan

Recently, a group of House lawmakers had requested President Biden to focus on Iran’s ballistic-missile capabilities as Washington seeks to negotiate a return to the 2015 nuclear deal. As reported by National Review, the lawmakers cautioned the administration in a recent letter to the president, that it had failed to respond appropriately to a slew of recent breakthroughs in Iran’s missile program.

So, what does this mean? The US provided Iran with the sanction waiver to help the onward movement of Tehran’s civilian nuclear program and a shocker of a  briefing  that left the Senators stunned. This indicates that Iran has really made some tremendous progress in pursuit of its nuclear ambitions.

Possibly, Iran has already developed a nuclear bomb that is prompting the Biden administration to offer a slew of defence equipment to Arab states like Jordan, Saudi Arabia and the UAE. Biden has realized that the Iranian situation has gone out of control now, and equipping Iran’s regional rivals is the only way left to sustain power balance in the region.