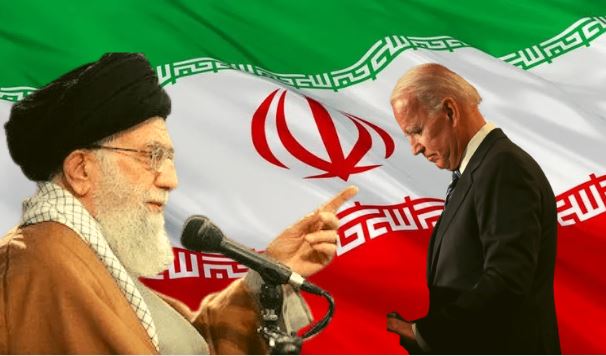 Iran is making US President Joe Biden look desperate. He is on the go removing sanctions before receiving any prior commitment from Tehran to cut down its nuclear programme. In fact, a naive and clueless Biden is letting Iran extract as much leverage from the US as it wants without committing to anything in return.

Biden recently gifted a sanctions waiver to Iran, out of sheer hope that Tehran would revive the Joint Comprehensive Plan of Action (JCPOA) or the Iran nuclear deal. But Iran remained pugnacious and wanted more sanctions relief. It seems that Biden would succumb to their new demand too as Iran takes advantage of the US and stream rolls towards its nuclear bomb.

Biden administration recently waived sanctions related to Iranian nuclear activities as a part of its ill-advised strategy to induce Iran into restoring the 2015 JCPOA regime. The waiver allows foreign companies and other countries to participate in Iran’s civilian nuclear and safety projects without facing American sanctions.

This practically means that Iran is free to import tons of yellowcake (uranium ore) from Russia or China, which is later processed into enriched uranium for powering civilian nuclear facilities and is further refined to be constituents for atomic bombs.

A senior US State Department official spoke to Fox News and said that the waivers were due to growing non-proliferation concerns in the middle of Iran’s increasing enriched uranium stockpiles. The official said that without the waiver, “detailed technical discussions with third parties regarding the disposition of stockpiles and other activities of non-proliferation value cannot take place.”

So, the Biden administration claims that JCPOA cannot be revived without the waiver in sanctions. But what is there to guarantee that Iran will comply? Won’t it simply use the waiver to further enhance its enriched uranium stockpiles?

Biden puts Iran in a position of strength

Tehran is literally holding the Biden administration hostage. The State Department official, who spoke to Fox News said, “We are issuing the waiver now for a simple reason: it will enable some of our international partners to have more detailed discussions to enable cooperation that we view as being in our non-proliferation interests.”

So, basically, Iran has made it clear that it will not cooperate unless the sanctions are eased. Trump’s “maximum pressure” policy had put Iran in a situation where it was desperately looking for concessions and could have been compelled to give up its nuclear ambitions in return. But Biden has literally snatched a diplomatic defeat from the jaws of victory and has given a free pass for Tehran to negotiate from a position of strength.

And Iran has, in fact, asked for even more concessions from Biden. During a joint news conference with his Finnish counterpart, Iranian Foreign Minister Hossein Amirabdollahian said, “In the latest texts obtained from the Vienna talks, part of our demands for the lifting of sanctions has not yet been addressed.”

Amirabdollahian also said, “The lifting of some sanctions can, in the true sense of the word, translate into their goodwill. Americans talk about it, but it should be known that what happens on paper is good but not enough.”

Iran is literally pushing Biden to commit that the United States will never withdraw from the 2015 nuclear deal again, unlike what Trump had done in 2018 when he scrapped JCPOA and reintroduced sanctions against Tehran.

The Iranian Foreign Minister said, “We seek and demand guarantees in the political, legal and economic sectors.” He added that “agreements have been reached in some areas”.

Make no mistake; Iran is not going to give up on its nuclear bomb. It is the topmost priority for Supreme Leader Ayatollah Ali Khamenei and Iran’s ultraconservative President Ebrahim Raisi.

Tehran is simply extorting Biden here. It knows that the US is on the verge of a midterm poll and presently, the Democrats don’t seem to be doing very well. In fact, the Democratic Party candidates seem to be distancing themselves from Biden because of his dipping popularity in the United States.

So, Biden is losing his political influence in the US and desperately wants a diplomatic victory to make a comeback. Tehran has pretty much discerned that it can get Biden to do just about anything ahead of the midterm polls. And this is exactly what Biden is doing. He is relentlessly easing sanctions against Iran in the hope that JCPOA will suddenly get revived. But Iran isn’t going to do that. It is racing towards a nuclear bomb, even as a clueless Biden appeases the Shi’ite country.