Soon, China will decide what you are going to eat today and what not 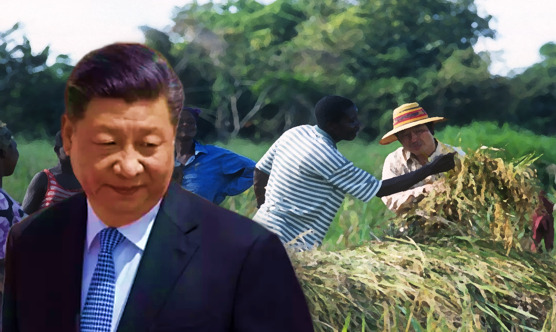 Beware- China could be controlling what you eat and what you don’t get to eat. In fact, China may start deciding if you even get to eat or not.

China is building a “food silk road” that will control most of the world’s agriculture. China takes control of global food supply chains. And soon, Beijing could start using food as a weapon to punish its enemies. The most important commodity for the human race could therefore run into short supply.

Why does China want to control global food supply chains?

And then, the Chinese Communist Party (CCP) has only made matters worse. CCP founder Mao Zedong’s ‘smash sparrow’ campaign destroyed whatever was left of Chinese agriculture.

Read more: The real reason why China started consuming every other wild animal. It has something to do with sparrows and Mao

However, 2021 was exceptionally bad for China. Last month, Chinese Agriculture Minister Tang Renjian said, “China faces big difficulties in food production because of the unusual floods last autumn.” The Minister added, “Many farming experts and technicians told us that crop conditions this year could be the worst in history.”

Africa is home to 60 percent of the world’s arable land, which places it right at the center of global agriculture.

Therefore, China has been trying to invest heavily in African agriculture for quite some time. The China-Africa Agricultural Cooperation Strategy was launched with this very purpose. According to the Alliance for a Green Revolution in Africa’s website, the cooperation strategy aims to “leverage China’s public and private resources (funding, product, and technology, knowledge) to catalyze, scale, and sustain inclusive agriculture transformation.”

China has tapped into three African countries with the most arable land- Mauritius, Rwanda, and Tongo. It signed a free-trade agreement (FTA) with Mauritius in 2021 with an eye on the country’s agricultural sector. Similarly, China invested over $300 million in Rwanda and most of the focus went towards the farm sector. And similarly, China-Tongo trade too went up to $380 million in the first half of 2021. Again, agriculture is ramping up Chinese trade in the country.

Even in the case of Nigeria, the fastest growing African economy, the Chinese have identified agriculture as the main sector for its investments.

Africa is strategically important for China in order to ensure the sufficiency of food including avocados, sesame seeds, chilies, and cashews. In fact, China’s Embassy in Sudan also stated, “China will open “green lanes” for African agricultural exports to China, establish a platform for China-Africa private investment promotion, and provide credit facilities and trade finance to Africa.”

Meanwhile, China has also found an opportunity to tap into Russia, a major producer of agricultural goods. Together, Russia and Ukraine make up about 30 percent of the world’s traded wheat.

Therefore, China found it convenient to lift restrictions on the import of Russian wheat after the Ukraine crisis started. And then, CCP mouthpiece Global Times has also stated, “China significantly increased its imports of some Russian agricultural products such as rapeseed oil and beef with a year-on-year increase of 56 and 210 percent, respectively.”

How China could disrupt the global food supply chain?

Well, there are two factors at play.

China’s hunger could thus trigger a major food shortage in the world. Self-sufficient countries like India can easily avert such a crisis. However, it is the small, import-dependent economies that may have to suffer on account of China’s big move to control the global food supply chains.

Most relatable Savage Ex Quotes ever: Share and feel lighter