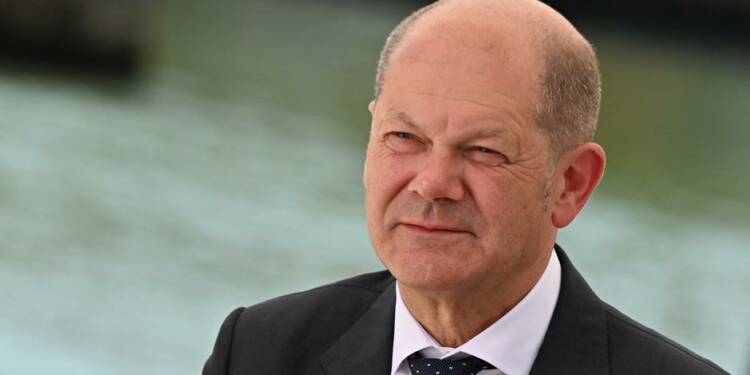 For a country like Germany that sources 40 per cent of its energy supplies from Russia, you would think it would walk a diplomatic tightrope and measure its words vis-à-vis the war in Ukraine, right? That is most certainly not the case. Have no doubt, after an initial reluctance to speak against Russia, the German government has decided to go all-out against Vladimir Putin’s regime. Again, for a country that exported 30 per cent of its diesel demand from Russia last year, that was both catastrophic as well as a brave choice to make.

You see, Germany knows its status is diminishing within Europe. France’s stature is steadily rising within the European Union, and Germany is not expected to retain its position as the continent’s most powerful economy in foreseeable future. So, Germany needs to stay relevant. How does it plan to do so? By mindlessly following the diktats of the Biden administration.

Inflation in Germany has hit a 40-year high. According to Germany’s federal statistics agency, consumer prices rose by as much as 7.3% from a year earlier in March. The war in Ukraine is driving Germany’s economy to the ground. The figures are likely to add pressure on the European Central Bank to raise interest rates to combat surging prices.

As a result of soaring inflation and largescale energy insecurity, Germany has slashed its 2022 growth forecast to just 1.8%. In November, the German government had predicted a 4.6% jump for 2022. Essentially, Germany is now at the cusp of economic contraction.

An Unfriendly Country for Russia

Germany’s economic dependence on Russia is tremendous. Berlin should have known that by toeing the line of the Biden administration and going on an economic offensive against Russia, its economy would have to face unintended consequences. However, owing to the obvious myopia of those in charge of Germany, ordinary citizens now face the prospect of losing their livelihoods, getting deprived of power and fuel, and perhaps, even attempting to live through a food crisis.

This is not exaggerated bluster. Russia has labelled Germany as an ‘unfriendly’ country. For Berlin, this is not a good classification. Countries that have been classified as ‘unfriendly’ by Russia are being forced to pay for oil purchases in the Ruble. Those who do not comply with Moscow’s directive face the prospect of getting their energy supplies from Russia shut off.

How do you think a country as dependent on Russia as Germany will do when close to half of its energy supplies are stopped? The economy will collapse, people will lose their jobs and German markets will run out of essential commodities.

How did Germany reach here?

Germany compromised its national interests to earn a pat on the back from the Biden administration. Where did that get it? We can all now see.

Germany knew how its economic stability could get jeopardized if it spoke too loudly against Russia. However, Berlin got enticed by Washington. It went on to promise Ukraine lethal weapons to be used against Russia, apart from slapping sanctions on Moscow.

Germany realized very late that it had made a mistake by going berserk against Russia. So, it is once again trying to stall additional Western sanctions against Russia. Poland has even attacked Germany for the same reason. Poland’s Prime Minister Mateusz Morawiecki said on Monday that Germany is the main roadblock to imposing tougher sanctions on Russia.

Nevertheless, Russia can now justify cutting off energy supplies to Germany. Berlin has antagonized Russia, and the devastating consequences of the same seem to be immediately visible. Now, Moscow has the upper hand against Germany and Europe at large. The West played its cards way too early, and now, all that it can do is wait for Russia to make its move.

The only problem is that the mere anticipation of this happening is beginning to kill Germany’s economy.