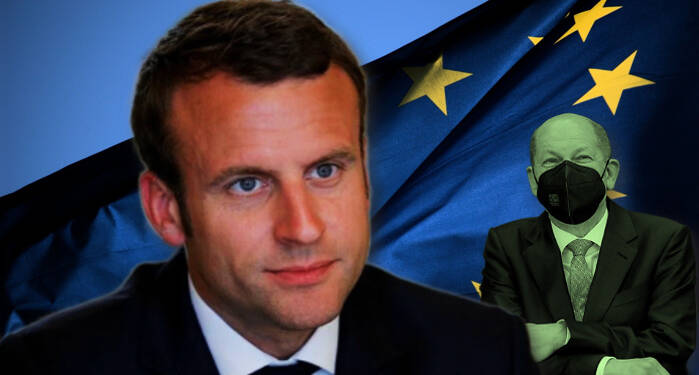 Germany has made a surprise move. It is all set to purchase 35 U.S. F-35 fighter jets to replace its aging Tornado. Berlin is looking to phase out Tornado between 2025 and 2030, and it has therefore chosen the F-35 to keep its Air Force in sync with changing times.

This is where the invisible power struggle between Paris and Berlin becomes apparent. Germany and France are supposed to jointly develop a combat aircraft. However, it seems that Germany is intimidated by France’s ambitions of developing a European army and thus achieving a ‘strategic autonomy’. Germany fears any such move will make France the de facto leader of the EU and is therefore trying to keep the US in the loop.

German Defence Minister Christine Lambrecht said, “After looking thoroughly into all available options, I decided to initiate the purchase of F-35 aircraft as a replacement for the Tornado in the role of nuclear sharing.”

The Tornado is capable of carrying American nuclear bombs stored in Germany in case of a conflict. However, after Tornado’s imminent retirement, Berlin plans to use the F-35 for performing similar duties. Lambrecht said that the F-35 will help Germany in cooperating with other NATO allies and European partners.

Is this Germany’s AUKUS moment?

However, France isn’t going to be very happy with Germany’s latest move. Paris was already keeping a tab on Germany’s deliberations over the F-18 or on the more advanced F-35. It fears that a US-Germany fighter deal could undermine the development of a joint Franco-German combat aircraft, supposed to get ready in the 2040s.

France, Spain, and Germany had earlier agreed on the Future Combat Air System (FCAS) to develop a next-gen combat aircraft. It is supposed to replace the Dassault Rafale, once it becomes outdated. However, Germany seems to have preferred staying under the US security umbrella.

This could be Germany’s AUKUS moment. It may be Berlin’s attempt to pull out of the FCAS just like the AUKUS deal that had led to the scrapping of a nuclear submarines deal between Australia and France.

One can understand the English-speaking world getting together to scrap the nuclear submarines deal between France and Australia. However, there is no logic behind an EU country betraying another EU country for the United States.

Being the biggest economy in the Brussels-based bloc, Germany is the de facto leader of the EU. On the other hand, France is the biggest military power in the bloc. Till now, the EU has been covered by the US-led military bloc and therefore France’s status as a huge military power didn’t really allow it to lead the EU.

Read more: Musings from French press: As Merkel hangs her boots, Macron looks set to take up the leadership of the EU

But of late, French President Emmanuel Macron has been asserting ‘strategic autonomy’ over the EU. He wants Europe to raise its own army and look after its own security needs.

Berlin apprehends that any such shift in policy could make France the biggest player in the EU at the expense of Germany. After all, Germany is hardly a major military power. After the Second World War, it avoided spending too much on its armed forces. So, it will be a disadvantage if the EU becomes self-sufficient in the security sector.

Germany and France are thus battling it out for the ‘superpower’ tag in the EU. France is winning and Germany is doing everything it can to reverse the trend.