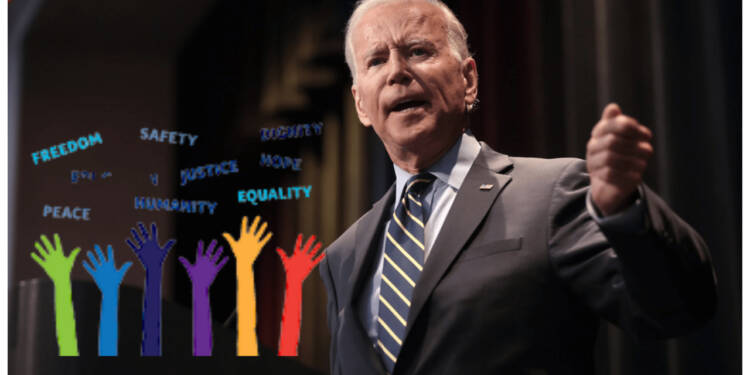 Old habits die hard and it seems that Biden has an old habit of using human rights propaganda in an attempt to browbeat US allies. This time the US tried to do it with India. During a 2+2 Foreign and Defence Ministers meeting with India, US Secretary of State Antony Blinken talked about “monitoring some recent concerning developments in India, including a rise in human rights abuses by some government, police, and prison officials.”

However, this turned out to be a huge mistake, as India too raised its concerns about human rights abuses in the US. This is the first time that Biden’s human rights propaganda has been called out by a global leader and that too by the top diplomat of the world’s largest democracy. This is a huge setback for the Biden administration because if one takes even a cursory look, there are a number of human rights issues that get exposed from within the US.

The attempt to school the world’s largest democracy about human rights was a big mistake. India’s External Affairs Minister, Dr. S. Jaishankar gave a terse official reaction to Blinken’s remarks. He said, “I would tell you that we also take our views on other people’s human rights situation, including that of the United States. So, we take up human rights issues when they arise in this country, especially when they pertain to our community. And in fact, we had a case yesterday…that’s really where we stand on that.”

Anti-critical race theory protests in the US

Read more: Anti-Communism runs in the veins of the USA and it is what makes the USA great, but Biden is changing it

Needless to mention, the critical race theory fuels hate and prejudice. It reprimands and views as condemnable all white people. Literally, every White American is viewed as a perpetrator of racial crimes, and Black people are universally seen as victims.

American students are being forcibly indoctrinated with this theory and American parents have been protesting against CRT. They see the theory as an assault on their dignity and social standing. Yet, the Biden administration seems determined to push CRT across the United States.

Take for instance the Emergency Relief for Farmers of Color Act, a relief clause in Biden’s Covid-19 Relief Bill introduced last year. It awarded $5 billion to minority farmers but did not provide the same assistance to white farmers. It, of course, doesn’t make any sense and actually qualifies as State discrimination.

Then, the Biden administration’s penal laws border on racial prejudice. Take for example the latest “anti-lynching” law that punishes only White Americans for the crime of lynching.

Read more: the US comes up with an “anti-lynching” law that applies only to White Americans

And the race is just one dimension, the Biden’s campaign on issues like gender and illegal immigrants has been just as absurd.

Biden administration officials would therefore now think twice before invoking the human rights agenda in its diplomacy, after being exposed by India.