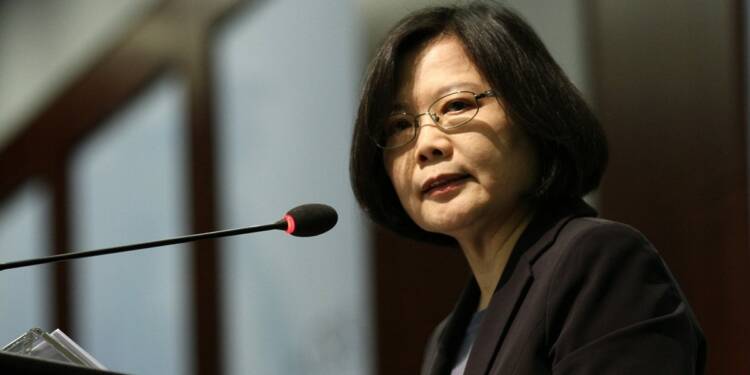 According to a recent report, the United States has halted the delivery of $14.2 billion worth defence military equipment to Taiwan, that the island had purchased in 2019. Equipment includes the Asymmetric weaponry system and smaller missiles. Washington had said the equipment would be valuable in deterring and repelling a possible Chinese attack.

As a result, Taiwan now has a terrible shortage of weapons. If China decides to invade Taiwan in the near future, Taiwan is clearly not in a position to take them on due to a lack of weaponry. While Washington’s focus has been on how to quickly provide a constant stream of military aid to Ukraine, some senators are concerned that the delay in Taiwan is jeopardizing the country’s capacity to repel a Chinese invasion.

Biden administration is blaming the pandemic for this delay but we don’t believe that’s true. It might be that Joe Biden is assisting his friends in the CCP against Taiwan.

Since the beginning of the Russian invasion of Ukraine, Taiwan has become a hot subject in the global sphere. It has long been an assumption that the US will defend Taiwan at all costs, but Biden’s close relations with China and the continuous disregard of Taiwan has made everyone doubt the intentions of the US.

According to an Epoch Times report, the Pentagon has pretty much decided that if the US forces were to help Taiwan, they may get beaten badly and would surely suffer heavy casualties in terms of personnel and equipment.

So Biden basically has made it almost clear that he is in no mood to defend Taiwan. A recent phone call between the two countries added concreteness to this assumption.

In the call between Presidents Joe Biden and Xi Jinping, Taiwan was not mentioned at all. Biden instead pressed his Chinese counterpart to join the Western condemnation of the Russian military activities in Ukraine.

If a Chinese attack on Taiwan becomes a reality in the near future, the best US would do, is to push for discussions between Taiwan and China. China however, certainly won’t agree to take the discussions forward, unless it gains total control of the Taiwanese territory,

Biden needs to be Pressurized

In July 2019, Taiwan committed to buying military weaponry from the United States considering the increase in trouble it was facing from China. Last Monday, the US State Department informed Congress of a new $95 million sale for contracting support for Taiwan’s Patriot missile system.

However, Biden’s repeated stoppage of military equipment is a dubious practice, and believe us when we say it, this contract too will be halted. There only remains now a single way, to make Taiwan’s security a priority – putting a lot of pressure on Joe Biden.

A few months ago, the Republicans rushed to the rescue, they brought a legislation to grant an annual US$2 billion in foreign military financing to reinforce Taiwan’s defences. The bill would authorize grants and loans for the acquisition of American-made weaponry and defense equipment until 2032.

As a result, the US President was forced to pursue an unconventional foreign policy of providing military support to Taiwan.

Although Trump no longer have the key to policy decisions, the Republicans appear to have managed to keep Taiwan out of Xi Jinping’s grasp.

US’ shaky approach towards Taiwan

The Biden administration will only pretend to care about Taiwan, and that too because that would make them look good in the upcoming mid-term elections of 2022.

Joe Biden has thrown Taiwan under the bus by halting the defense systems, and thus thwarting QUAD’s ultimate purpose.Democrats’ 50+ years of political experience is proving to be a trouble rather than an advantage to the White House.