Faced with a war with Russia, Turkey curses NATO in the harshest way possible 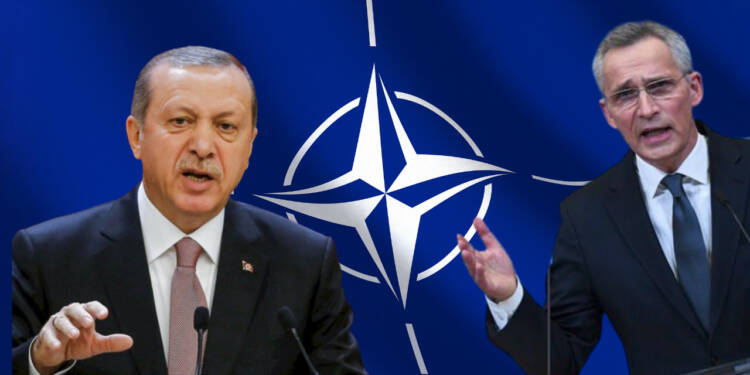 The war in Ukraine has turned geopolitical equations around the world upside down. There were initial hopes that direct talks between Russia and Ukraine, first in Belarus, and then, in Turkey’s Istanbul would reap positive results. However, no peace has been achieved on the ground, and tensions have only been exacerbated ever since. Russia is now focussing on Donbas – which is the Eastern region of Ukraine. Under the leadership of the Biden administration, NATO has found a perfect opportunity to weaken Russia using the war in Ukraine. The same has now been admitted by Turkey.

On Wednesday, Turkey accused some of its NATO allies of wanting the war in Ukraine to last longer in order to weaken Russia. Turkish foreign minister Mevlut Cavusoglu said, “After the talks in Istanbul, we did not think that the war would take this long. There are those who want this war to continue.”

In fact, Cavusoglu went to the extent of disclosing that NATO “does not care about the situation in Ukraine,” adding, “following the NATO foreign ministers’ meeting, it was the impression that… there are those within the NATO member states that want the war to continue, let the war continue and Russia gets weaker.” Turkey has stressed not allowing Ukraine to become an arena of competition between NATO and Russia.

NATO Gets Exposed by Its Ally

It is important to note that Turkey is a NATO member state, and the fact that it has accused the alliance of prolonging the war in Ukraine shows how Joe Biden and his friends in the West do not really care about the people of Ukraine but are only trying to grab the opportunity that has presented itself with both hands.

Well, there is no denying the fact that Russia’s economy is suffering under tremendous duress due to the war in Ukraine, and also the resultant sanctions that have been imposed against Moscow.

NATO sees the prolongment of the war in Ukraine as a brilliant opportunity to make the Russian economy and military toothless.

Turkey does not want to be caught in the middle

Turkey already finds itself in a very awkward position, one that could escalate into a conflict with Russia. So, things are serious in terms of ties between Moscow and Ankara getting strained. You see, Turkey is bound by the Montreux Convention of 1936 to regulate the flow of naval ships in and out of the Black Sea.

As a result of the same, Russian warships are not being able to enter the Black Sea from the Bosporus and Dardanelles Straits. Things have taken a turn for the worse after Russia’s premier warship, the guided-missile cruiser Moskva was destroyed by Ukraine earlier this month.

Russia has been turning on the pressure against Turkey for blocking the entry of its warships into the Black Sea. NATO sees how Russia has begun struggling in terms of its naval maneuvers as well. Naturally, NATO would want Russia’s bad times in the Black Sea, and in the region as a whole, to continue uninterrupted. If that means Ukraine getting pounded until eternity, so be it.

Turkey has already infuriated Russia by providing weapons, especially armed drones to Ukraine. Now, if Turkey is seen overtly siding with NATO, Russia might just activate its forces in Syria to go after Ankara, and that would spell doom for Recep Tayyip Erdogan.

Therefore, Turkey has decided to dump NATO and appear neutral before Russia. On its part, NATO has been exposed by Turkey for trying to weaponize the war in Ukraine against Russia.

Germany: The only country that has China hawks, China doves, Russia hawks, and Russia doves working together