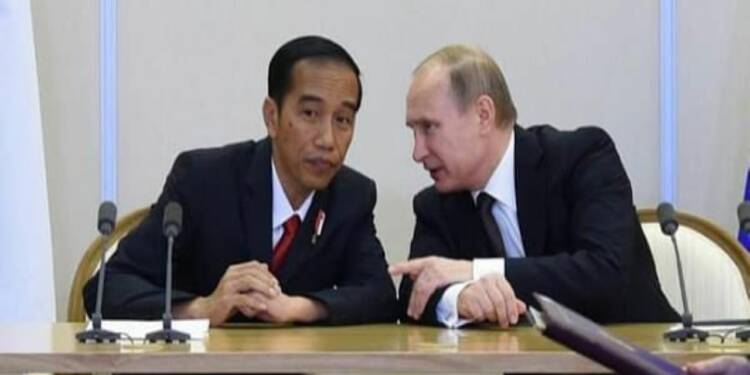 Indonesia is a powerful economy. In fact, in Southeast Asia, Jakarta stands as the largest and most influential economy. It is also the biggest ASEAN nation, and therefore, what Indonesia does in terms of foreign policy is widely observed and followed around the world. In Southeast Asia, Indonesia offers other countries of the region a template to follow in terms of geopolitics. So, here’s what’s happening. Indonesia is refusing to join the Western bandwagon of vilifying Russia without understanding the complex issue of Ukraine, and what brought about the conflict that the Eastern European country is today facing.

Indonesia is being strongarmed by the likes of the Biden administration of the United States, Canada, United Kingdom, and others to remove Russia and President Vladimir Putin from the list of the invitees for the G20 summit scheduled to be held in November this year at Bali. However, Indonesia has no plans to boycott Russia or disallow it from participating in the upcoming G20 summit.

According to Angelo Abil Wijaya, the head of project management and research at Y20 Indonesia, the official youth engagement group to the G20 Leaders’ Summit, “Indonesia has invested a lot in its presidency at the G20, and has prepared for this presidency for years.” He added, “Indonesia wants its presidency to be successful. In order to be successful, the G20 should be attended by 20 of its members. Of course, we want to see the success of the G20 Indonesia, not G19, or other combinations of Gs that include less than 20 members.”

The Indonesian government has said that it will continue to consult with G20 members and other stakeholders on the issue.

G20 Split Right in the Middle

In what offers a sneak peek into the mood of the G20, there was no unanimous boycott of Russia at the Washington G20 summit of finance ministers. As the Russian finance minister, Anton Siluanov began addressing the G20 meeting, US Treasury Secretary Janet Yellen initiated a walkout along with her Canadian and British counterparts.

However, close to half of G20 members did not boycott the Russian finance minister’s speech and maintained diplomatic decorum and decency by hearing him out. The countries that refused to boycott Russia include India, Indonesia, China, Brazil, South Africa, and Saudi Arabia, among others. Indonesia’s Sri Mulyani Indrawati, who was in the chair, remained unmoved by the walkout, showing how the Southeast Asian country has decided to continue developing its ties with Russia.

Why is Russia Important to Indonesia?

Indonesia depends on Russian weapons and is in possession of Su-27 and Su-30 fighter jets. In fact, Jakarta was also willing to purchase the Su-35 fighter jets from Moscow, but Washington played spoilsport. Indonesia is also looking to attract Russian investments while realizing that in order to counter China in the Indo Pacific, Moscow’s friendship is a necessity.

You see, Indonesia does not trust the United States. Jakarta knows that China is a big threat to peace and stability in the Indo Pacific, which is why it needs a constant flow of weapons from Russia.

Read more: A setback awaits Joe Biden at the G20 summit in Indonesia

The Indonesian public meanwhile tilts in favor of Russia a lot. In fact, Vladimir Putin is quite a sensation among the people of Indonesia, where admiration for strongman leaders holds a big place within the masses.

Indonesia, therefore, will not capitulate in front of the West and jeopardize its ties with Russia for the sake of some haphazard morality parameters that the developed world has been building up for the past two months. Instead, Indonesia will follow an independent and sovereign foreign policy that serves the best interests of its own people.