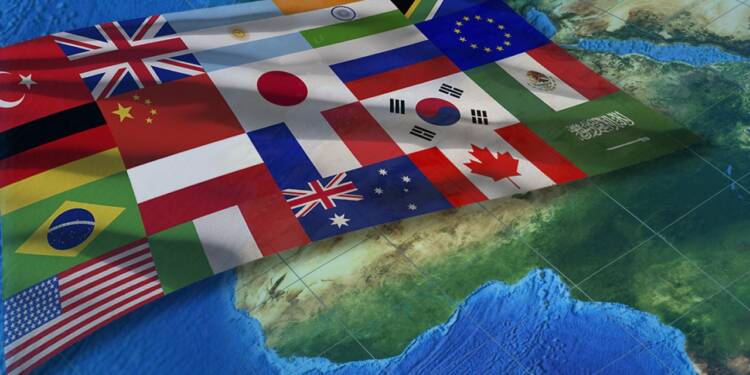 Janet Yellen, the US Treasury Secretary, has already announced that her country will boycott several meetings at the upcoming G-20 summit if Russian officials show up. Yellen didn’t specify which meetings she was referring to. However, all eyes will now be on the G20 Heads of State and Government Summit to take place during this year’s autumn.

This is a part of Biden’s unsuccessful attempts to reduce Russia into a pariah state.

Few countries back a US boycott

The US however seems to have made a reckless announcement. There are not many G20 countries that will back Biden’s boycott call. I mean India and China aren’t going to boycott the G20, given their friendly relations with Russia. So, two big powers are outside of Biden’s influence.

Read more: Biden is desperately trying to project India as a member of the Russia-China axis. Illogical and laughable

Move to the Middle East and you realize that Biden cannot influence Saudi Arabia and Turkey either.

In Latin America, Brazil and Argentina do not have a good reason to boycott G20. And South Africa too will attend the summit irrespective of the route that Biden takes. Some traditional European allies and countries like Canada and Australia might put their weight behind Biden. However, there isn’t going to be a major boycott that could leave Putin embarrassed.

And Indonesia, the host country, too won’t boycott Russia. Why? Well, Indonesia has remained hesitant in actively condemning Putin’s war in Ukraine due to good bilateral relations. And secondly, no host wants to play spoilsport if it is organizing.

Even if few countries do boycott the summit, 15-16 countries will remain part of the global grouping. G-20 will merely become a G-15 or G-16 but it will stay just as relevant and just as huge. After all, even the 15 or 16 economies left in the grouping will still be some of the biggest economies in the world.

So, the US is left with two choices- boycott or don’t boycott and it is a lose-lose scenario.

This becomes a lose-lose scenario for Biden. Let me explain. Imagine this situation- Biden and his seniormost officials think that boycotting the summit would be futile. Putin will attend anyway and absenting themselves along with its allies will hand over G-20 on a platter to Putin. So, let’s attend the summit.

This will be a sensible thing to do. But what is the message that will go across? Well, it will show that Biden had to come and attend the summit anyway. It will also show that his threats were meaningless and inconsequential. Other G-20 countries will think that the US doesn’t have the strength to push its narrative. Biden comes out looking like a loser.

Now, consider the other situation. Biden says-“okay, you know what, I don’t care. If Putin goes to Bali, Air Force One isn’t going to fly to Indonesia.” Fair enough. Bold move. But what will be the consequence? The US won’t attend the summit and a handful of other leaders who support Biden’s agenda too would absent themselves.

So, Putin will come out as a show-stopper. He will be the one telling his side of the story to leaders like Saudi Crown Prince Mohammed bin Salman (MBS), Indonesian President Joko Widodo, India’s PM Narendra Modi, and Turkish President Recep Tayyip Erdoğan. And the US and its allies? Well, they will get sidelined and become irrelevant.

So, Biden has put himself in an uncomfortable, ambiguous position where all roads end up at a single destination- embarrassment.