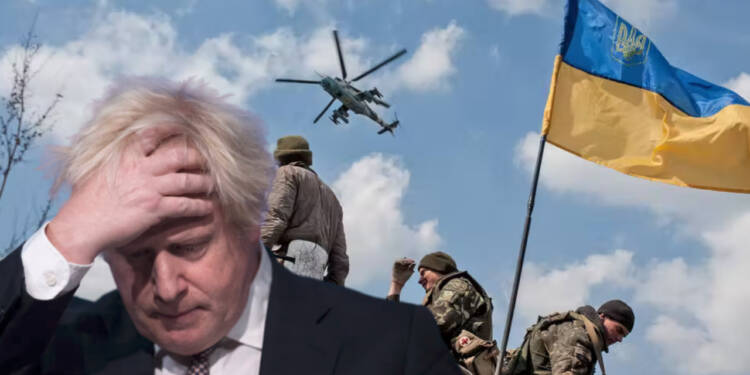 Former Polish Army Chief Gen Waldemar Skrzypczak has accused UK Prime Minister Boris Johnson of “tempting evil” by exposing information about British anti-aircraft missiles delivered to the Ukrainian Army and soldiers who are getting trained in Poland. He claims that Boris has risked the lives of army men training there.

Boris Johnson had disclosed during his visit that Ukrainians are being taught how to handle NATO-standard weapons in both Poland and the United Kingdom. Boris was in New Delhi to meet the Indian PM Narendra Modi, but credit to his blurting, the visit has piqued the interest of Poland’s former military officials and the whole world.

Boris invited his Enemy to his camp

While Speaking to the Polish website Fakt, Skrzypczak said, that Military training is a matter of the army, in such a situation is definitely a secret. A man should restrain himself and think before he says such things, The prime minister (Boris) may not be aware of it, but with such statements, he puts the success of the entire military operation at risk, as well as the safety of the soldiers. Such statements are tempting evil.

Boris Johnson had disclosed that hundreds of Ukrainian soldiers are undergoing training in Poland and United Kingdom by UK army men, learning how to operate 120 British armored vehicles before returning to continue fighting in the war against Russia.

According to the Prime Minister, they are being trained in Poland on how to employ anti-aircraft missiles as part of the UK’s military assistance to Kyiv’s beleaguered forces.

The statements of Boris Johnson were as follows, “I can say that we are currently training Ukrainians in Poland in the use of anti-aircraft defense, and actually in the UK in the use of armored vehicles,” This section of the speech drew Poland’s attention.

Read More: Everything has changed for Poland in a matter of a week

His claims might have disastrous repercussions, given Poland is a hotspot of war activities. Military drills are taking place. Meanwhile, refugees are flooding in from the war-torn country. The Poland official believes Boris Johnson told his adversary openly, “Hey, we’re training an army to fight against you in this part of Poland.”

Following the invasion of Ukraine two months ago, Russia is already agitated by the west’s increased supply of weaponry to Ukraine. Furthermore, Russian Minister Sergei Lavrov has claimed already that weaponry supplied by western countries “would be a legitimate target,” and that Russian forces have already struck arms facilities in western Ukraine adding more concrete to his statements.

The entire plot of Ukrainian training is now out in the open. The army was being trained about the use of Starstreak air defense missile systems by British personnel in Poland. It was only a few weeks before they were supposed to be deployed on the front lines to shoot down Russian helicopters and planes. This is why Poland is ripping on the ‘loose lips’ of Boris Johnson.

However, Poland’s secret is now out in the open, thanks to Boris’s statement. As a consequence, by pinpointing Poland on their radar or through ground operations, Russia may simply target Poland.