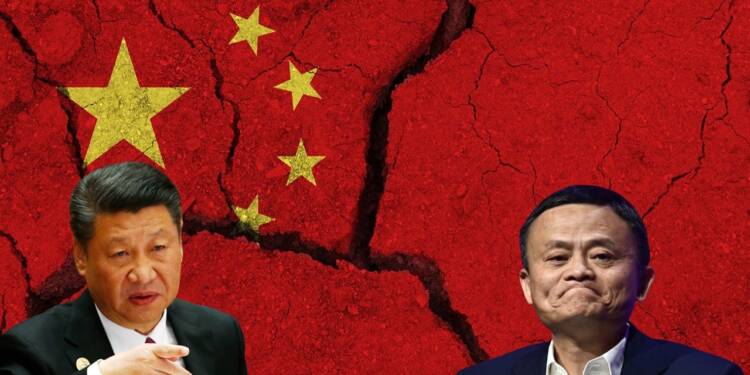 Authorities in Alibaba’s home base of Hangzhou, according to official broadcaster CCTV, have put restrictions on an individual named Ma. The so-called “accused” whose only surname has been revealed has been placed under home arrest on charges of breaking laws that jeopardize Chinese national security. The accused, we believe, is none other than Alibaba’s co-founder, Jack Ma. Now the question is what facts underscore our assumptions? Well, let us unfold them one after the other.

First and foremost, as soon as the news was disclosed, Alibaba’s stock plunged by 10 percent, and that immediately wiped off the $26 million value from the market. Though to ease down the panic in the stock market, a statement from Hangzhou police indicated the accused person’s name was spelled with three Chinese characters. Jack Ma’s Chinese name is the two-character Ma Yun. But this again makes us skeptical as officials were reluctant to release the detailed name of the accused.

Secondly, when asked about the likely cause of Alibaba’s stock decline, representatives from Alibaba and Ant did not immediately react to requests for comment. This further stresses our belief that the person house arrested is possibly Jack Ma.

Read more: CCP couldn’t kill Jack Ma, so they are trying to kill his image

Also, for the past 2-3 years, Jack Ma and CCP have been in a squabble. The quarrel initially surfaced in late 2020, when Chinese regulators halted his Ant Group’s massive IPO. It was a retaliatory measure by the CCP after Jack MA had previously denounced Chinese authorities of impeding innovation. He has been outspoken in his criticism of CCP. Ma was told to keep a “low profile” after that. Ma has been hiding since then.

Later, Chinese authorities launched an anti-monopoly investigation into Alibaba. Simply said, speaking out of turn appears to have cost Ma, with the Chinese government flexing its muscles in recent days to crack down on his firms – something China’s governing party has done before.

The Chinese government has a history of punishing powerful individuals.

According to a CNN Business report, the government has already increased the pressure on famed actress Fan Bingbing, who went into hiding in 2018 and emerged a year later to apologize for tax cheating. Another example is the disappearance of real-estate mogul Ran Zhiqiang in 2020 after allegedly criticizing Chinese President Xi Jinping’s handling of the coronavirus pandemic. On top of that, he was sentenced to 18 years in prison for corruption.

Another crucial point that supports our stance is that China will have its third presidential election this year. And Xi Jinping can’t afford to leave any stone unturned in his quest for the presidency. And Xi is very well aware of the fact that Jack Ma is a person with both wealth and money, therefore possibly he can sway public opinion against Xi Jinping. As a matter of fact, Alibaba group also owns the ‘South China Morning Post’, which can be used to spread the anti-Xi agenda in China.