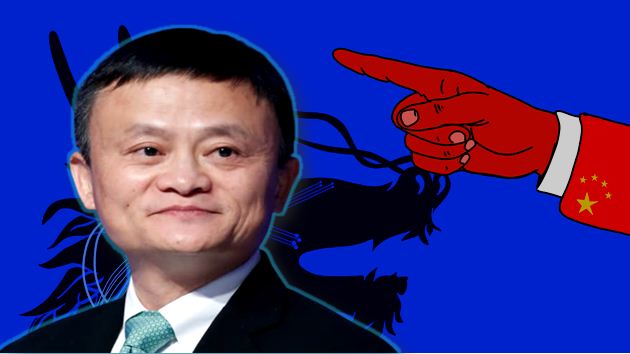 China is bracing for the second round of crackdowns against the tech sector. Three Chinese internet giants- Alibaba Group Holding Ltd., Tencent Holdings Ltd. and Meituan have seen over $100 billion get wiped out in three tumultuous days. The usual narrative coming out of the story is something like this- Xi is the powerful one and Ma is the victim. But Xi appears to be the real victim and his actions against Ma are just a means of somehow halting Ma’s crusade.

After halting an IPO by Alibaba’s fintech arm- Ant Group Co. in 2020, Xi is now looking to paralyse Jack Ma’s business empire. The Chinese President has been cracking down on all major tech giants. Meituan, for example, was asked to slash the rates that it charges to restaurants in pandemic-hit areas. Similarly, Tencent is also facing a big regulatory crackdown.

But it is Alibaba that has come into focus. As per Bloomberg, the Xi administration has asked Chinese state-owned firms to disclose their exposure to Jack Ma’s Ant Group Co. Even Alibaba’s food delivery venture Ele.me is being targeted. Beijing is forcing it to cut down delivery fees in the name of national service and helping smaller businesses.

So, Xi’s idea is to surround Alibaba from all ends and tighten the screws.

Xi is afraid of Jack Ma

If Xi is going helter-skelter to cut down Jack Ma, it only means- Xi is afraid of the Alibaba founder.

The intimate connection between the Chinese tech sector and the “Shanghai faction” within the CCP is an open secret. Xi and the Shanghai faction leaders are considered to be rivals. This is why Xi doesn’t like private tech enterprises. Yet, Jack Ma’s Alibaba empire is what makes Xi nervous. To start with, Jack Ma’s business empire is huge. Consider this- in 2020, Alibaba hired more people than Alphabet Inc., Meta Platforms Inc., Microsoft Corp., Netflix Inc. and Tesla Inc. combined. So, Xi knows that taking on this huge business empire is a difficult task.

And Ma has shown a great appetite for survival in face of Xi’s crackdowns. Remember how he had briefly disappeared following the first phase of a crackdown by Xi Jinping, only to reappear later. This is what happens with Jack Ma. You think Xi destroyed him but he makes a comeback every single time.

Xi has done everything under his control to resist Alibaba’s growth. Last year, it was asked to pay a record fine of $2.8 billion. Xi’s policies and regulatory crackdowns even led to Alibaba’s market value dropping from $858 billion in October of 2020 to roughly $310 billion.

Jack Ma’s campaign against Xi is picking up steam

And what makes things worse for Xi is the fact that Jack Ma’s campaign against him is picking up quite beautifully. Jack Ma is resourceful and well-connected to the Shanghai faction. He always maintains great awareness of what is going on within the CCP. Now, Ma knows that the 20th National Congress of the Communist Party of China is nearing. And this is a big opportunity for the anti-Jinping forces to unseat the incumbent President.

This is why Alibaba-owned South China Morning Post (SCMP) is suddenly charged up in publishing anti-Xi Jinping reports.

And once SCMP started talking about Jinping’s dark side, other private media firms too jumped in. We are looking at criticism against Jinping’s failing economic policies growing louder inside China and anti-Jinping content going viral in the Communist country.

In Xi’s mind, Jack Ma is the one igniting sentiment against his iron-fist rule over China. So, Xi wants to take him down by hook or by crook. Yet, Jack Ma is not the one to succumb so easily. The stubborn billionaire is all set to destabilise and weed out Xi’s dictatorial regime and More than anyone, Xi himself is aware of the debacle that awaits him.