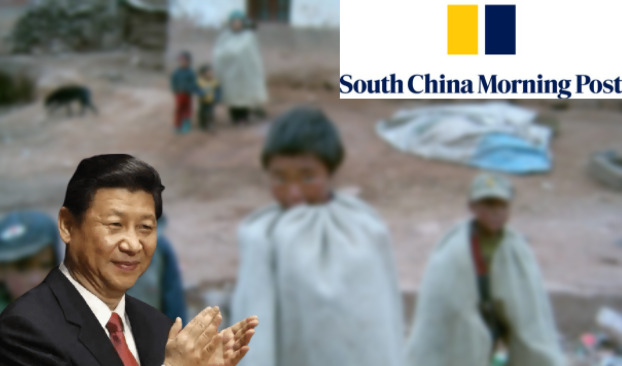 The South China Morning Post has emerged as a freshly minted anti-capitalist publication right out of the Chinese Communist Party’s stable. Once upon a time, SCMP was considered a beacon of quality journalism across the Indo Pacific. Today, it has unfortunately reduced itself into a publication that unquestioningly churns out Communist propaganda. Particularly after the imposition of the draconian National Security Law by the CCP on Hong Kong – where SCMP is based out, the publication’s enthusiasm to question the CCP and expose its many excesses has taken a nosedive.

On World Singles Day, China’s online shopping sector holds a large and splashy extravaganza. This year too, the Singles’ Day sales were quite an event. However, they fell short of previous years on several counts. Despite raking in 540.3 billion yuan (US$84.4 billion) in sales and beating last year’s turnover, this year’s Singles’ Day sales grew at their slowest rate since Alibaba created the online shopping extravaganza in 2009. Since its inception, Singles’ Day sales have seen double-digit growth in all successive years. This year, however, the growth slowed down to 8.45 per cent year on year.

Any normal analysis of such figures would involve a consensus that the spending capacity of Chinese citizens has plummeted due to the many crises which have come to engulf China. Chinese citizens simply do not have enough cash to spend on online shopping festivals. As reported by TFI, China is even facing a borderline food crisis, with prices of edible items shooting up to an extent that Chinese citizens now cannot even afford certain foods.

Yet, SCMP wants you to believe that increasing poverty and the inability of Chinese citizens to spend money is simply a result of “anti-consumerism”. According to a report by SCMP, “Anti-consumerism sentiment among young people in China concerned with overindulgence dominated the world’s largest online shopping festival this year, adding to the recent social phenomena of “lying flat” and “involution”.

SCMP also added that the main drivers of the dip in the growth of the Singles’ Day sales were movements like “lying flat” and “involution”, which have all sprouted in the Communist nation in resistance to the CCP’s policies and governance. Yet, SCMP – in a brazen attempt to vindicate the CCP, said the two movements are a result of “growing dissatisfaction from what is viewed as mindless consumerism [as] can be seen in recent social phenomena.” To top it all, SCMP said, “Singles’ Day 2021 in China shifts focus from consumerism to social responsibility.”

The South China Morning Post is seen by many as a credible source of news, exclusive reports and scintillating opinion pieces. Yet, the fact that the SCMP has two faces is not known to many. While the print version of the newspaper which is circulated daily in the erstwhile free city of Hong Kong is excessively turning pro-CCP and pro-Beijing, the digital version of the publication is beginning to tire putting up a democratic, bipartisan show. On more occasions than one, SCMP slips on its digital self too, and unabashedly goes ahead peddling CCP propaganda as credible news.

In light of the hounding of Alibaba Group particularly, and the Xi Jinping administration going hammer and tongs against the e-commerce giant, the SCMP is increasingly following the Chinese Communist Party line. It must be remembered that SCMP is owned by Alibaba, and Alibaba in turn, has come to be heavily controlled by the CCP. Therefore, the change in SCMP’s tone was very much expected.

China is at the risk of getting stuck in the ‘middle income trap’. The World Bank considers an economy with a per capita income between $1,000 and $12,235 to be a ‘Middle-Income’ country. China has been in this category for almost 29 years now. In 2020, China’s per capita income was $10,484 and therefore the country needs to pick up growth quickly to escape the middle-income trap it finds itself in.

Chinese citizens have cut down on shopping and travelling. China’s retail sales growth in August was tepid at a humble 2.5% down significantly from the expected 7%. Even the seven-day holiday from October 1 to October 7, which usually propels travelling and retail spending in China, witnessed a decline of 5% year on year as fewer Chinese people travelled around. Frequent Coronavirus outbreaks, expensive tickets and a deep economic crisis are ailing China’s retail sales.

The spending capacity of Chinese citizens has been severely hit due to the CCP’s flawed economic policies. So, it is not like Chinese citizens are concerned about the ‘evil’ campaign of consumerism heralded by big corporations and businesses. The reality is, they simply do not have enough money to spend. The SCMP, however, wants you to believe the Chinese people are standing up to the menace of consumerism – which is a big fat lie.

To hell with patriotism: Chinese citizens are parking their cash in Japan’s real estate sector