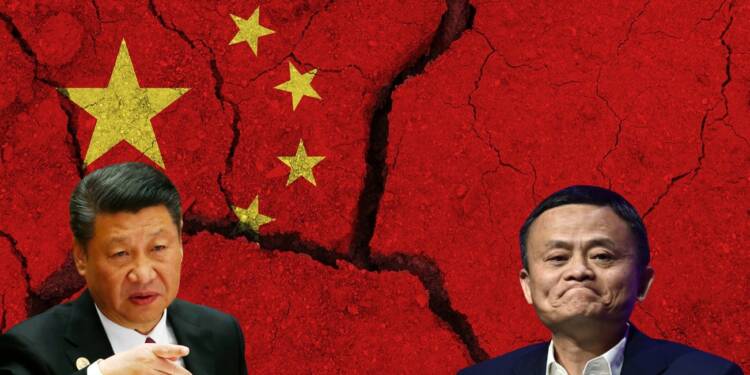 Nine months ago, Alibaba Group owner Jack Ma was the richest man in China. His tech empire was one of the biggest that China had ever seen, and Forbes described the man as Jeff Bezos, Elon Musk and Bill Gates all rolled into one. Jack Ma was a symbol of entrepreneurial China, which has had enough of communist dictatorship. Jack Ma was a brand in himself, and more people around the world knew him rather than Xi Jinping. Needless to say, Jack Ma’s stardom was a pain in the eye for the Chinese despot in Beijing. So, Xi Jinping clipped Jack Ma’s wings and brought down his empire.

But that, you see, did not prove to be enough. In fact, despite hammering the Alibaba empire with all sorts of tools, the CCP could not decimate Jack Ma. The man continues to remain an idol for many in China. Sure, Alibaba suffered a series of massive setbacks over the past year. But it is now staging a miraculous comeback with the strategy of “offence is the best defence” in mind. More on this later.

Chinese President Xi Jinping is an insecure man. He is scared of Jack Ma. So, to ensure that Ma does not remain a challenger to his rule, Jinping has unveiled a new and personal anti-Alibaba campaign. According to the Financial Times, China’s state broadcaster has implicated Jack Ma’s Ant Group in a corruption scandal.

A documentary on state-run China Central Television alleged that private companies made “unreasonably high payments” to the brother of the former Chinese Communist Party head of Hangzhou, an eastern city that is home to Ant Group’s headquarters, in return for government policy incentives and support with buying real estate.

How CCP curries public support, make a documentary highlighting corruption by Jack Ma’s Ant Group. CCP's graft fighting commission said it would step up oversight of the country’s biggest internet companies “to cut off the link between power and capital”🍞https://t.co/3R2HXmg6Vh

The CCP is now accusing a unit of Ant Group of having bought two plots of land at a discount in Hangzhou in 2019 after taking stakes in two mobile payment businesses owned by the party secretary’s younger brother. The documentary said, “The nature of such a transfer of interests is an exchange of power and capital.” Guess who produced the documentary? The CCP’s Central Commission for Discipline Inspection.

Read more: It is Jinping’s fear of Jack Ma that is driving CCP’s crackdown on Chinese celebrities

According to FT, after the documentary aired, the Communist party’s graft fighting commission said it would step up oversight of the country’s biggest internet companies “to cut off the link between power and capital”.

Alibaba Fighting it Out

As mentioned earlier, Alibaba has staged a comeback with its “offence is the best defence” strategy. As reported by TFIGlobal, Alibaba has unveiled a sweeping blueprint to grow its international business and delve deeper into an under-served 15 trillion yuan ($2.4 trillion) rural Chinese e-commerce market. Alibaba is embarking on a period of sustained investment into the areas that could yield the greatest growth over the longer term: its domestically leading cloud division, local services such as food and grocery delivery, and logistics.

Alibaba’s Chief Financial Officer (CFO) said, “Offense is the best defence” while referring to Alibaba’s comeback plans. Alibaba is looking to serve 2 billion users around the world. Alibaba has set a target for $100 billion (the total sum of purchasing transactions) in gross merchandise volume (GMV), for its Southeast Asian marketplace Lazada.

Jack Ma is trying to make Alibaba larger, stronger, and more influential than the CCP not just in China, but across the world – with a special focus on Southeast Asia.

Therefore, Xi Jinping has realised that if Alibaba is to be tamed, Jack Ma must be taken down. Jack Ma cannot be made to disappear. He is simply too influential and well-known to be made a victim of the CCP’s usual incarceration. And then, Jack Ma has many friends within the CCP. With less than a year left for the National Congress to convene to decide Xi’s future as China’s president, Jinping is not very motivated to take reckless steps.

So, he is ensuring that Jack Ma’s image is sullied. Once that happens, and Ma is made the symbol of all capitalistic evil in China, it will be much easier for the regime to take him down. But Jack Ma, as has been established, is a man of many surprises and can pull a fast one over Xi Jinping at any moment.