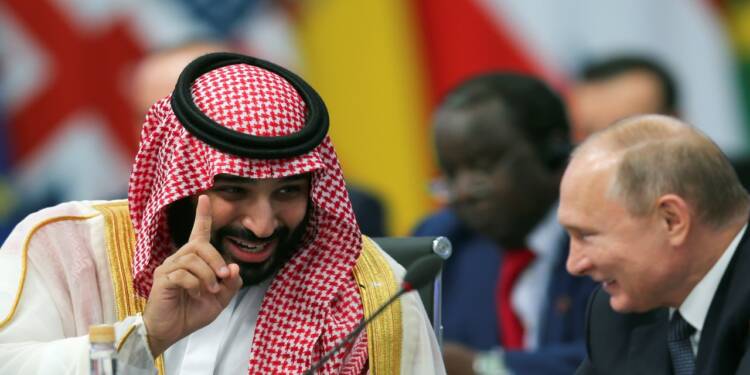 Saudi Arabia has, for over two months now, desisted from taking sides in the ongoing war between Russia and Ukraine. Conventional wisdom would suggest that Riyadh’s policy of neutrality and its subtle pro-Russia proclivities would continue in the long run, notwithstanding President Vladimir Putin’s actions in Ukraine. However, an interesting shift is underway. First, the Wall Street Journal reported that a ‘thaw’ is underway between the United States and Saudi Arabia, and now, more interesting details relating to the export of oil by Riyadh have been revealed.

Saudi Arabia is very touchy when it comes to oil. When anybody tries to undercut its massive influence over the world’s oil markets, Saudi Arabia does nothing but take the same in a stride. Riyadh is sensitive to any country penetrating a traditional Saudi oil market and selling their barrels there. Since the war in Ukraine started, that is what Russia has been doing.

Russia has increased its oil exports to Asia dramatically. Countries in Asia are embracing Russian oil, which is being offered to them at discounted prices. India is among them. Such countries cannot be blamed for trying to keep their national interests above all other considerations. You see, the price of Saudi oil has escalated to over $100 a barrel. In contrast, Russia is offering oil barrels to India and other countries at heavily discounted prices.

Naturally, if the import bills of India and other Asian countries can be reduced drastically if they switch from Saudi to Russian oil, there’s not much thinking to do. Saudi Arabia can compete with Russia in terms of prices, and offer oil to Asia at even lower prices by raising OPEC’s daily output.

However, that is not what Saudi Arabia is doing. It is answering Russia in a similar language. It is no secret that Europe is heavily dependent on Russia for its energy requirements. However, countries in Europe have been looking to dramatically cut down their energy dependence on Russia ever since the war in Ukraine began.

So, guess who is helping them do so? That’s right. Saudi Arabia has swooped in and began work on replacing Russian oil with its crude barrels in Europe.

While Saudi Arabia has increased oil prices for the barrels going to Asia, it has not done so with Europe. Sure, the prices have increased, but the differentials have not escalated in Europe as they have in Asia.

The oil differentials are set by Saudi oil company Aramco in consultation with the kingdom’s energy minister. According to Forbes, “Recent differentials could signal an intent to quietly steer crude into Europe to replace Russian supplies given the growing refusal of European companies to purchase Russian oil—without publicly taking sides in a dispute that involves a critical OPEC+ partner. Other Middle-Eastern suppliers may also be playing ball: The UAE is similarly, and quietly, shipping more crude to Europe.”

Russia is eating into Saudi Arabia’s oil market in Asia, so, Saudi Arabia is in turn helping Europe rapidly cut down on its dependence on Russian oil. Importantly, this is pure business at play. There is no geopolitical consideration that Riyadh has made, neither has it agreed to toe the West’s line on Russia. Sure, ties between the United States and Saudi Arabia have shown some signs of improvement, but that does not mean Riyadh is going all-out against Moscow.

Read more: The new US ambassador to Saudi Arabia is tasked with igniting a new war in the Middle East

Saudi Arabia is merely looking out for its business interests. If that means it has to go against Russian interests in Europe, so be it. That’s how business in the real world works.