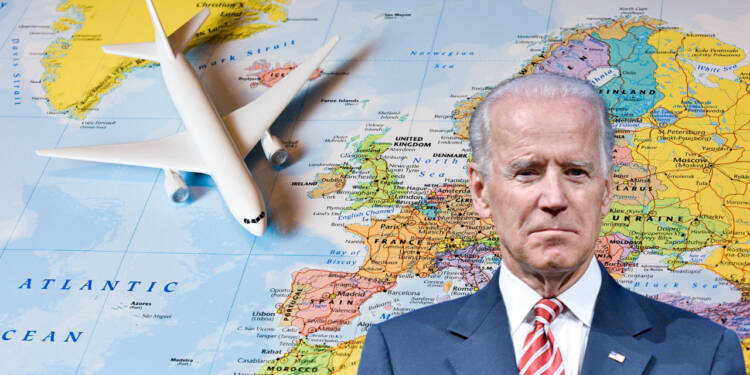 Americans have finally begun to look for “Plan B” for their families. Yes, they no longer feel America is best for them. A lot of Americans are now stockpiling passports of other nations. Some nations offer citizenship to foreigners in return for heavy investments, which is also called a ‘golden passport.’ So, rich Americans now see these golden passports as the only way out of the political turmoil at home.

300% increase in US enquiries about golden passports

Latitude, a company which guides high-net-worth investors around the world through the application process, said that US inquiries about golden passports have increased 300% between 2019 and 2021. Experts note that there are four ‘Cs’ driving wealthy Americans to look for alternatives for America. Those four ‘Cs’ are COVID-19, climate change, cryptocurrency, and conflict.

Make no mistake, the uptick in the number of American applicants seeking ‘Golden passports’ started during the Trump administration; however, the trend escalated during the Biden administration. Americans feel that Covid restrictions have negatively impacted the business environment of the country. So, celebrities, businessmen, entrepreneurs, and billionaires, are all looking for a backup plan. Ezzedeen Soleiman, a managing partner at Latitude, commented: “We see these programs as an insurance policy.”

Why are Americans ditching America?

Interesting! But why do Americans now need such an ‘international insurance’ policy in the first place? The answer is the Biden administration’s rampant and unnecessary focus on Covid restrictions and wokeism! Today, there are many countries that offer ‘Golden passports’ to foreigners and are way freer than today’s America, which is closer to becoming a surveillance and authoritarian state than ever under Joe Biden.

For instance, Malta offers a program where you can receive citizenship for investing $1.1 million. In another European nation of Austria, that number is $9.5 million. The Americans now actually feel that a Malta or an Austria could offer a better future to their families than their own country! What a shame! How fragile; how frail American society has become today!

Read More: Joe Biden’s Oil flip-flop has pushed the US towards an unimaginable recession

The cost of living is going through the roof! Kids are being fed with education high on wokeism and CRT agenda! Jobs have become even scarcer! Debt is piling up! Immigration is wreaking havoc on the American economy! And then you see the American government unnecessarily entangling itself in a war it has literally no stakes in! You have a President who himself needs a caretaker! You have an administration whose priority is now minting money from the crisis in Europe! No fuel! No food! No law and order! No accountability!!

Read More: ‘No houses for Americans,’ as Biden reserves all of them for refugees

But poor Americans can’t keep fighting Biden’s tyrannical regime any longer! They don’t need to, actually! So, obviously, they are now going after the low-hanging fruit—Flee America altogether! No America, and hence no Biden to bother about! Sad, but that’s the state of the American economy and American society today!