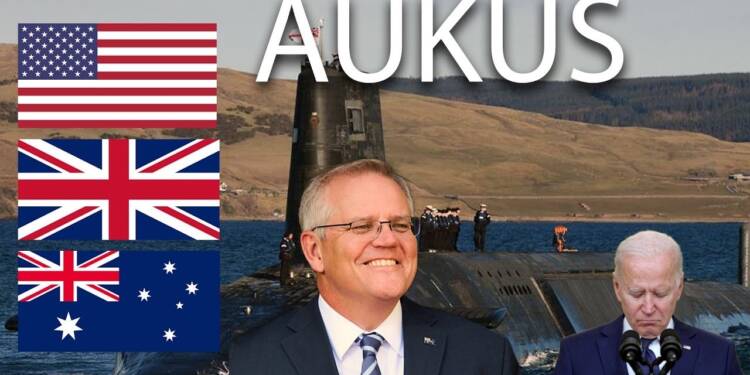 The AUKUS initiative is a game-changer in the Indo Pacific. It widens the scope of the United States and the United Kingdom’s military alliance with Australia to a great extent. Australia will now be in command of several nuclear submarines. This will drastically change the dynamics across the Indo Pacific, as China would have to deal with a fleet of nuclear submarines of an enemy nation right in its backyard. Interestingly though, securing the AUKUS deal was not an easy gamble for Prime Minister Scott Morrison. As it turns out, he played quite a shrewd game to secure Australia’s security interests.

According to several media reports, the Biden administration had made the finalization of the AUKUS deal contingent upon the prospect of it getting bipartisan support within Australia. What that essentially meant was that the AUKUS deal should have been supported by the two major political parties in Australia – the Liberal Party and the Labor Party.

The Liberal coalition, led by Scott Morrison is in power in Australia. So, there was not much convincing to be done on that front. However, when it comes to the Labor Party, things get tricky in the down under country. You see, the Labor Party has been infiltrated by pro-China doves and those who explicitly work at the behest of the Chinese Communist Party.

How did Morrison secure the AUKUS Deal?

According to The Sydney Morning Herald, while the Biden administration kept insisting on the surety of AUKUS having bipartisan support in Australia, Scott Morrison kept his rival party in the dark until one day before the alliance’s announcement was officially made.

The SMH report said, “By waiting four-and-a-half months, the prime minister made AUKUS into a high-stakes, last-minute political gambit.”

The Biden administration seemed apprehensive about entering into such a major military pact with Australia. Interestingly, it was Canberra that proposed such an arrangement in the first place. The Americans, on their part, had a lot of questions, like: “Would this be contentious? Would this hold?”

The White House US Indo-Pacific Co-Ordinator, Kurt Campbell described the deal as a “military marriage” that would have to “hold for decades.”

When was Labour Told?

Prime Minister Scott Morrison and officials briefed Labor leader Anthony Albanese and the Labor leadership the day before the planned announcement. Albanese then chaired a high-stakes meeting of his party’s top leadership and extended support to the AUKUS deal. A full caucus meeting the same day endorsed the decision without dissent.

When asked why he had decided not to consult Labor over AUKUS until the last minute, Morrison told The Sydney Morning Herald and The Age: “I believed the Labor party would support it.”

Informing the Labor party well in advance would have thrown up severe challenges in the way of AUKUS materializing. The information of such an alliance would definitely pass on to China, which would then wage an international campaign and lobbying effort to ensure that the nuclear submarine deal does not see the light of the day. That would have directly hurt Australia’s interests.

Therefore, Scott Morrison was right to inform his rivals about the AUKUS deal just in time. By informing the Labor party a day before the announcement of the deal, Scott Morrison hit two birds with one stone. He did not give Labor much time to come up with some sort of opposition to the deal, while also making it difficult for the Biden administration to back out from the deal at the last moment if AUKUS somehow did not receive bipartisan support.

At the end of the day, Australia won. That’s all that matters.